World-Class Universities: what are they, and why are they relevant? 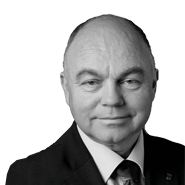 In this article, published in Ireland’s Yearbook of Education 2017-2018, Professor Deeks discusses the characteristics of world-class universities, how these are measured, the challenges facing universities, their core role and their contribution to the economy and society.

The term ‘world-class’ is defined by the Oxford English Dictionary in a competitive context as something ‘that is of a quality or standard regarded as outstanding throughout the world; comparable to or able to compete with the best in the world’. Based on this definition, it is interesting to consider the characteristics that make a university world-class.

What is a University?

Creation of Knowledge – a defining characteristic

As it is difficult to measure and compare the effectiveness of transmission of knowledge, creation of knowledge as measured through research performance has become a defining characteristic of world-class universities.

Many would argue that world-class research performance is the defining characteristic of a world-class university.

Of course, research performance is multifaceted, and only certain facets can be measured. We inherit a system of research publication in academic journals that dates back to 1665, when the Philosophical Transactions of the Royal Society were first published. Research results are described in articles or papers, and these articles are reviewed or refereed by other experts in the field, then published if they are considered to be accurate and of sufficient interest. Consequently, one way of measuring research productivity is to count the number of refereed journal articles produced by the academics and students of a university.

However, just because research is being undertaken and written up does not mean it is ‘world class’. There are now at least 25,000 peer reviewed journals publishing academic research in every conceivable sub-discipline and in many languages. Only a few of journals in each discipline are generally considered to be ‘world-class’, and this opens up the question as to how to measure the quality of different journals.

Academics in some disciplines, particularly those in the arts and humanities, argue that the use of journal paper numbers and citations to measure research productivity does not recognise research disseminated by way of research monographs (books), a publishing channel traditionally used in these disciplines. As book numbers are small and citations of books are small, these numbers do not make effective ranking measures. In addition, while book proposals are reviewed prior to acceptance, the books themselves are only reviewed once published. Consequently research published via monographs cannot be evaluated in quite the same way as journal papers.

There is now a trend where academics in disciplines that would traditionally publish books are increasingly publishing journal papers, due to their value in rankings. This is not necessarily a bad thing.

Possibility of gaming the statistics

Research publication statistics are just one way of looking at ‘world-class’ research performance. Any statistic can be gamed. A journal can increase its journal impact factor by asking authors to include more references to papers published in that journal before accepting their papers. An academic can publish review papers reviewing other research rather than reporting new research, as review papers on average receive more citations than original research papers.

A necessary but not sufficient characteristic

So what other characteristics does a world-class university have?

Defining features of a world-class university

Consider now the challenges facing a world-class university. The caricature of a university professor interested only in their research and having little time or patience for their students is one that has been around for a long time, indicating that the tension between teaching and research is longstanding. Nevertheless, global competition (driven both by the opening of the international student market and by the creation of the rankings tables) has increased the importance of research for universities attempting to become world-class.

What is a world-class academic?

A world-class academic is one who has a world-class research record, and who may or may not be a good teacher.

A university looking to be world-class is motivated to hire such academics as they will contribute to three characteristics of a world-class university: research performance; reputation; and of course world-class academics.

Nevertheless, as the university also wants to attract world-class students, it cannot afford to let its teaching quality slip, particularly in this age of social media.

A world-class university resolves the tension between teaching and research by seeing the two as complementary activities, with the academics bringing the latest research into the classrooms, and by the students being inducted into research communities of practice through their academic programmes.

Another tension is that between Arts, Humanities and Social Sciences (AHSS) subjects and the Science, Technology, Engineering and Maths (the so-called STEM subjects).

The STEM subjects tend to be higher cost to teach, but attract more research grants and produce more research output. The quality of the students entering also tends to be higher. However, due to more universities competing in the STEM space and hence higher competition in these subjects, in a comprehensive university the STEM subjects may be ranked lower than the AHSS subjects, despite performing much better in measures of research performance.

Depending on the funding model operating, a university may question why it is supporting lower-ranked expensive STEM subjects rather than further building the higher-ranked cheaper AHSS subjects.

On the other hand, a utilitarian government may look for more graduates in the STEM subjects for economic reasons, and may question public investment in AHSS education. Such governments may put pressure on universities either through a funding model or through policy decisions to change the mix of graduates.

Value of broad mix of disciplines

A world-class university recognises the value of having a broad mix of disciplines, and also recognises that students perform best in subjects that they are interested in and enjoy.

In a similar way, government policy may seek increased emphasis on innovation, entrepreneurship and applied research for economic reasons, and may reduce the support given to blue-sky research and curiosity-led scholarship.

A world-class university, while recognising the value of innovation, entrepreneurship and applied research, sees these activities as part of a broader mission.

Governments must understand that successful research commercialisation is often dependent on the outputs of blue-sky and curiosity-led research, and should seek to encourage and cultivate both applied and blue-sky research and scholarship.

World-class universities also face increasing pressure to engage and contribute to the local community, and to contribute to national policies and initiatives.

Since each of these activities can complement the central mission of the university, many universities have embraced some or all of these opportunities.

Nevertheless, one should bear in mind that in terms of scale, such activities are relatively small scale compared with the central teaching and research activities of the university.

For example, UCD has a very active enterprise incubator where 30 companies are based, and these companies employ some 200 people.

However, including students, faculty and staff, we have more than 30,000 people based on our campus, and so enterprise comprises less than 1% of the activity on campus.

We have a Director of Major Strategic Partnerships who facilitates the engagement of the university with a handful of major strategic industry partners. However, perhaps 1-2% of our faculty are engaged in these partnerships.

UCD, for example, was founded in 1854 at a time when Dublin streets were lit at night by gas lights, and transport around the city was by horse and cart. The Irish nation was only established in 1926, and there have been an extraordinary number of technological, political and social developments since that time.

Five years ago many people in higher education circles were talking about the rise of MOOCs (Massive Open Online Courses), and predicting that these would lead to the demise of the traditional university within a decade. Such forecasts have proved to be misguided, and traditional university places are more sought after than ever before.

The number of people attending traditional universities has increased over the last five years, not decreased.

The Fourth Industrial Revolution is said to be marked by emerging technology breakthroughs in artificial intelligence, robotics, nanotechnology, quantum computing, biotechnology, The Internet of Things and 3D printing, among others.

Indeed, research in world-class universities is contributing to developments in each of these areas, and degree programmes are now available in each of the areas. UCD recently introduced an Internet of Things Engineering degree, which is taught at our Beijing Dublin International College in China.

However, claims that the Fourth Industrial Revolution will make traditional disciplines and/or traditional universities obsolete, again far overstate the case. Although the digital revolution has taken away much of the drudgery involved in computation, programmes in Maths, Statistics, Accounting, Engineering, and so on remain just as popular and just as important as ever. This is because we still need our engineers, mathematicians and accountants to understand the principles of their subjects, even if they use digital tools to take care of the computation.

In the same way, even if our Doctors have artificial intelligence assistance and various other technologies available to help diagnose and treat patients, they will still need to be trained in the principles of medicine.

World-class universities develop thinking skills and people skills, and despite the advances in artificial intelligence, the need for these skills is increasing rather than decreasing.

Industrialisation, mechanisation, digitalisation and globalisation have removed large numbers of jobs that involved repetitive processes. Many of the jobs that remain involve higher level thinking and/or human interaction, and these are not going to be taken over by machines in the foreseeable future. The role of the world-class university in transmitting knowledge and skills therefore remains secure.

Similarly, the global research system, which consists largely of the universities, is the primary generator of the advances which are said to underlie the Fourth Industrial Revolution and the generator of new knowledge and technologies which are global common goods.

These advances are not achieved by any one person, but through an iterative process whereby one researcher or research group builds on the advances of another, with these advances being reported in international journals where they are available for access by researchers and developers around the world. Without this system progress would quickly come to a halt.

In conclusion, while broad engagement of a world-class university with its local, national and international communities is important, and pursuit of solutions to global challenges is also expected, the core mission of a university remains creating and transmitting knowledge across a wide range of disciplines.

An investment rather than a cost

When appropriately funded, world-class universities contribute significantly to the economy and society on local, national and global levels, and governments around the world must recognise that university funding is an investment in the future which will repay itself many times over and in many ways, rather than a cost.