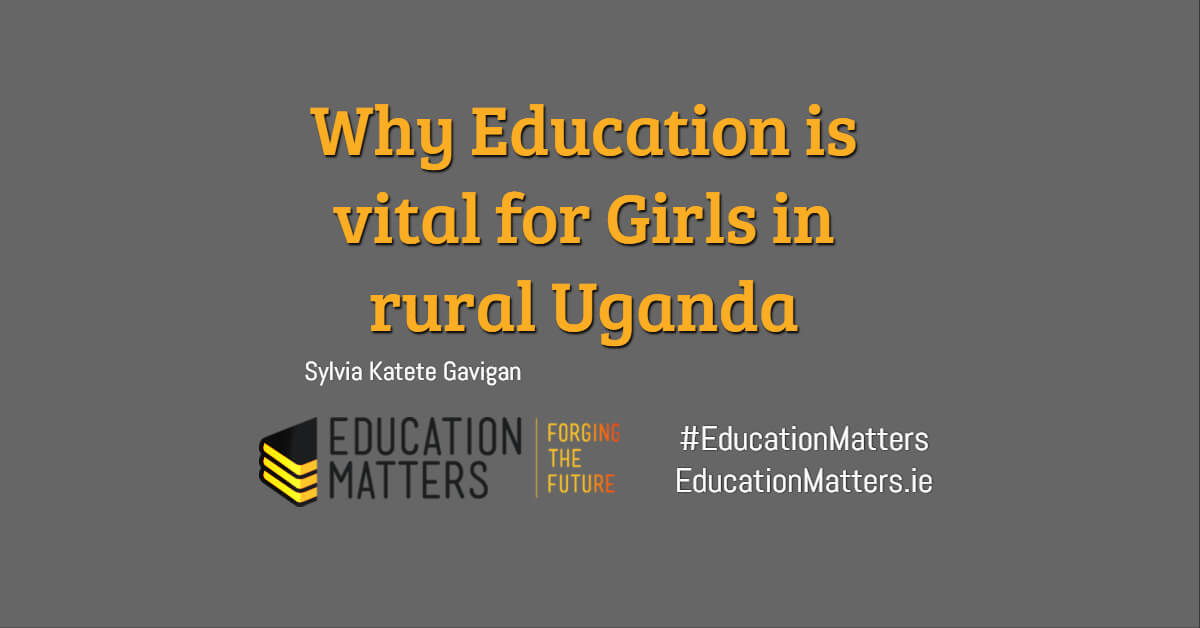 – By Sylvia Katete Gavigan, Honorary Consul of Uganda to Ireland and Chairperson of cedf.ie

In many emerging African economies, girls still have lower levels of educational attainment on average than boys at secondary level.

This is because many girls are married or have children before the age of 18, often before they may be physically and emotionally ready to become wives and mothers.

Educating girls, ending child marriage, preventing early childbearing, and education on HIV/AIDs are essential for girls to be emancipated, not only as future wives and mothers, but also as professionals or entrepreneurs. They are essential also in order for these rural economies to reach their full economic growth.

In Uganda there is progress. However, research shows that more than one third of girls still marry as children, and close to three in ten girls have their first child before turning 18 (Global Gender Gap Report 2017).  And despite substantial efforts to improve educational attainment, only one in four girls completes lower secondary school, and an even smaller proportion completes upper secondary school.

It is not only because of cultural resistance or unwillingness that girls in rural areas of Africa are excluded from education. Poverty is the main barrier to girls’ education.

Progress towards universal primary education has been made, especially after national Governments abolished school fees and increased expenditure; but there are still 24.4 million girls out of school in sub-Saharan Africa (UNESCO Institute for Statistics, 2005).

In 2005, the total net enrolment ratio of girls in primary education was only 66 per cent, and an even lower 24 per cent for secondary education (UNICEF, 2007). Given the high percentage of girls excluded from education, the recognition of the multiple and long-term benefits of educating girls, and the targets set by the SDGs, the case for increasing and facilitating access to education for girls is urgent.

Some statistics for girls’ education in Uganda:

Though the poverty rate has dropped from 56 per cent in 1992 to 19.7 per cent in 2012/2013, 43 per cent of people continue to live close to the poverty line, with rates varying by region and urban/rural location (Ministry of Finance, Planning and Economic Development 2014).

Some mothers whom I have worked with on an empowerment program said:

“We are faced with long distances to primary schools. On their way to school our daughters meet men who entice them with money for sex. Later some get pregnant and drop out of school. Also, we have no vocational school that will train our girls after P7 and S4, so we see it as a waste of resources to educate a girl.”

I have seen this first hand in many rural communities, I know what these girls are going through. Without the school’s intervention, these girls will not be able to complete their secondary education or achieve their dreams in life. 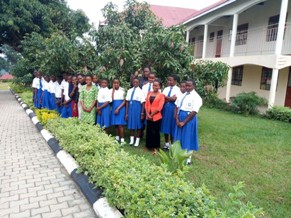 St. John the Baptist School  is situated in Masaka, Uganda and provides girls with secondary education and the vocational life-skills needed to survive.

Selection of girls for school supports is based solely on need, not on academic performance or potential. The Head Teacher and her team identify girls who are at risk of not completing school due to poverty and other challenges.

St. John the Baptist Girls’ Secondary and Vocational School invites you to:
– Volunteer as a teacher. The School is currently looking for a Teacher Volunteer who can give one full year.
– Sponsor a girl’s education (which includes food at school and scholastic materials)
For more information go to Volunteer Programmes

Benefits for Girls at St. John the Baptist School

The benefits of education for poverty stricken girls trapped in their lifestyle are enormous. Education enables these girls to become well informed and more capable of making decisions, their health improves, and their earning potential increases.

If you are interested in more on improving gender ratios through various areas of education check out “10-week Engineering-in-a-Box programme for primary schools” (2018) which shows STEAM in a fun and interactive learning system.