The Minister’s Class Plan: poorly focused and unlikely to achieve its objective

Delayed response and technical defects raise questions about the effectiveness of the CLASS Plan in achieving its objective. 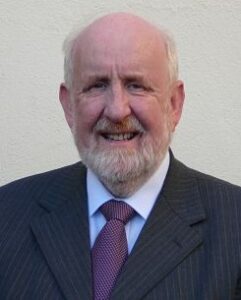 The arrival of the pandemic and the move to remote learning posed huge challenges for school principals and their collea ues. It is clear that they responded magnificently despite the unprecedented circumstances. Yet we know that some students were seriously impacted by the absence of in-class teaching and learning.

Over a year ago, the EU Commission forecast that the interruption to in-class education was expected to exacerbate existing educational inequalities in both cognitive and non-cognitive areas. Children and young people from less advantaged backgrounds were likely to fall even further behind as a result of prolonged absences from school. Research here and elsewhere has established the accuracy of that forecast.

The Commission recommended that measures should be taken to ensure that vulnerable children and young people would be able to make up for the learning loss they experienced during the lockdown and that this should be done “quickly and effectively”. Indeed, in the course of an interview in September of last year, the Taoiseach recognised the fact that the educationally disadvantaged had suffered more than their peers during the first lockdown and acknowledged that action needed to be taken to remediate this. The situation has, of course, been greatly exacerbated by subsequent lockdowns.

Some fifteen months after the EU Commission report was issued, and long after neighbouring jurisdictions had acted on the issue, the Minister for Education announced her Covid Learning and Supports Scheme (CLASS) in early September. It can hardly be described as a quick response to the situation and the impact it will have is questionable.

At one level, the plan suffers from a number of technical defects. In order to make the best use of resources, a school principal needs to have a clear picture of what will be at her/his disposal well in advance of the school year. In such circumstances, s/he can integrate the ‘catch-up’ initiative into the wider school programme and ensure experienced members of staff are directly involved.

So, issuing the CLASS plan when schools have re-opened is far from ideal. Whilst it would be wrong to suggest that the delay in supplying schools with details of this package will result in these extra resources being wasted, it is likely that the potential benefits will not be achieved to the maximum extent. In addition, given the late notice, securing the services of qualified teachers will be difficult. It is obvious – and has been for years – that there are teacher shortages under a number of headings. Reading the plaintive pleas of principals on social media, often late at night, asking teachers to contact them with a view to starting the next morning is clear evidence of that.

Furthermore, the Minister’s insistence that none of these extra resources can be used before October 11 renders the recruitment of teachers even more problematic. Another problem with the scheme as announced is the fact that the allocation is based on last year’s enrolment with the result that new and growing schools lose out.

Fundamentally, however, the main issue is the allocation of the resources provided under this initiative and the adequacy of the scheme. For example, it is proposed that a 700-pupil school will receive an extra allocation of 875 teaching hours, which represents circa 32 hours per week. In every school there are students who need assistance, so it is fitting that the scheme recognises that reality. However, using school size as the only criterion for measuring need is an extremely blunt instrument.

In a school where the number of disadvantaged students is relatively small, this allocation will be sufficient. Indeed, in some cases, it is probably more than sufficient. However, in another school of the same size it might not be enough. Then when we look at the schools that are experiencing the greatest extent of educational disadvantage – those in the DEIS category – we see that a 700-pupil school will receive just an extra 3 hours per week in comparison with those in the mainstream. Given the multiplicity of issues faced in such schools, this is completely and totally inadequate. Unfortunately, it is possible that this package, as currently constructed, will exacerbate the problem rather than mitigate it.

By comparison with responses to this problem in other jurisdictions, the Minister’s scheme is not adequately resourced. The Education Policy Institute in the UK calculated that funding of £13.5bn would be necessary to address the problem there. When the UK government committed funding of just £1.4bn to the issue, the distinguished educationalist appointed by the government to oversee the scheme resigned in protest. Allowing for differences of scale, the UK response is generous compared to the €52million allocated to the scheme by the Irish government, although obviously recognised to be grossly insufficient by those with expertise in that jurisdiction. Other jurisdictions are taking this issue more seriously. In the Netherlands, for example, expenditure per student on the programme to deal with the Covid Learning loss is six times that of the UK.

Some have welcomed the plan as a good first step but that is to ignore Minister Foley’s clear description of it as a once-off allocation. This stance needs to be reviewed. Over the next few months, her department should be able to devise a more focused effort and build on this plan, advising school principals of an allocation under this heading in good time for the additional resources to be used to the best advantage in the 2022/23 school year. Undoubtedly, failure to address the learning loss suffered by the most disadvantaged in our society will have serious negative short- and long-term consequences for many of them and indeed for the wider society.

An earlier version of this article appeared as an opinion piece in the Irish Times last month.

The DEIS Programme: Fifteen Years On