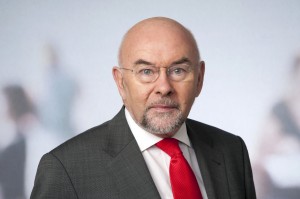 After all, the points for primary school teacher training programmes are already hovering around the 465 point mark.  Coupled with the bonus point scheme for honours maths (25 points) any leaving certificate student seriously considering primary school teaching as their first preference on their CAO application, knows that an honour in the higher level maths paper is  almost essential to guarantee their place.

Case in point, take two student applicants from 2013 as an example. Both had primary school teacher training in Mary Immaculate in Limerick listed as their first preference on their CAO applications forms.

Both performed exceptionally well in their Leaving Certificate examination, one achieved 470 and the other 460 points. However one young man was nervous of taking and failing the higher level maths paper, so at the last minute dropped down to ordinary level maths.

His friend took the honours paper, got his honour and was rewarded with his 25 bonus points.  This took him over the line and he sailed through to  his first preference.  The other young man missed out by a a measly 5 points, he did achieve an “A” in the ordinary level maths paper.

This is a really handy CAO points calculator for parents and teachers.

We need to be careful that  our rush to achieve excellence in mathematics does not leave us with a pool of very qualified teachers academically because that does not necessarily make a good teacher.

We caught up with Simon Lewis, Principal of Carlow Educate Together School, and had a chat with him about proposed changes to primary teacher training requirements.

“… Mathematical knowledge is very important now, more than ever. You already have to have an honour in Irish so having one in Maths is not a bad thing…however, having an honour in Maths, or Irish or any other subject does not guarantee you will be a great Primary School teacher. What we should be asking the students hoping to entering into the teaching profession is ‘Do they like kids?’ and ‘are they flexible?’ because without a resounding YES to these two questions, they will not survive…”

He went on to say:

“…60 % of the jobs children who are in primary school today, will be applying for when they graduate from college, have not been invented yet and Mathematical thinking will be essential”

“…Maths skills developed at Leaving cert level rarely apply to real world situations. Maths should be treated and taught like a language, which is what it really is…”

Simon finished by stating the good news which is:

Also its worth noting that last year 21% of girls opted to take the higher level maths paper – just behind the 23% of boys who did so.

Finally, while Ministers Quinn’s comments about the highly “feminised nature of the teaching profession” were sexist and ill advised  we do NEED MORE MALE TEACHERS.  The Irish Times today have done a fantastic piece on the gender gap in the teacher profession.  It is staggering, with women now accounting for 86% of all teachers at primary level.

Our boys need more strong male role models, who better than their teacher?

The Education Matters blog will be managed  by two students from the NUIG MA in Journalism program as part of the Masters work placement program.

Caroline Duggan, mum of four and small business owner is passionate about education and enterprise, and is looking forward to a long and fruitful career in this field. She can be found blogging over here at Cast a wide eye and is also on Twitter .

Mona Wise, mum of four, has a fondness for writing about all things food and family related. She has just finished a five year stint as a mature student and has lots of stories to tell. She can be found blogging at Wise Words and is also on Twitter.