THE PROPOSED JUNIOR CYCLE REFORMS COULD LEAD TO DESTRUCTION OF A WORK ETHIC IN IRISH STUDENTS, according to Donegal-born teacher and London Rose 2014. 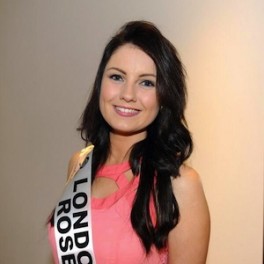 Speaking to Saoirse Faughnan and reading her blog The Irish Teacher’s Voice, one is struck by her level of passion for education.  The 24-year-old secondary teacher from Letterkenny, now working in London, expresses strong views about the potential pitfalls inherent in the Junior Cycle (JC) reforms which are set to roll out in selected subjects in September 2015.

Saoirse’s knowledge of the Irish education system, combined with her experience of teaching in London, gives her a unique perspective on the proposed JC reforms. She notes with anxiety that the proposed reforms in Ireland mirror key aspects of the current UK system which place a strong emphasis on course work. But this concentration on course work can have adverse effects on what teachers describe as the “independent learning process”.

“With too much emphasis on the course work (up to 60% of marks in GCSE English come from course work), kids lose the ability to study for the exam,” says Saoirse.

“They lose the ability to make their own notes and ‘independent learning’ is unfortunately non-existent in the English pupil. I know that’s a really broad statement but it’s the truth. Even the pupils in England will tell you they find it hard to study for exams or understand the pressure of what it is to go home and actually do things for yourself – because there is too much emphasis on course work.

“There’s too high a percentage of marks for course work and that’s  my worry for Ireland. It’s not the fact that it’s going to be 40 % continuous assessment. I’m worried about whether this will progress, will it build on itself, and find its way into the Leaving Cert, and that upsets me”.

She also points out that the current UK system is very soon to be ended and a whole new system will be introduced.

Of the changes involved in the reforms, the prospect of teachers marking their own students’ work is the one that resonates most for the London Rose and Rose of Tralee finalist. This is the area of greatest concern to her in terms of its inevitable disruption of the student-teacher relationship.

“I think it becomes a lot more personal,” says Saoirse.

“When you’re marking that work, it could lead to a scenario where students would think that certain teachers are out to get them.

“I just think that, coming from the UK perspective where this is the system, in Ireland the communities are just too small. I’ve been taught by neighbours and family friends and it would be too close for these teachers to mark me in a non-biased way.

“One way or another it will have an effect in the classroom. Kids are either going to be extremely spiteful because a teacher hasn’t awarded them a certain grade..

“… what’s going to happen is that teachers will spend their time – rather than teaching kids like we do now – running around the schools forcing them to do coursework, using time in class to complete coursework, and the relationship that is quite professional at present is going to start disintegrating. I know that’s a broad statement but from someone who has grown up in the Irish system and who has also worked in the system that Ireland is planning to adopt, I can see clearly what will happen.”

I found it interesting to hear a process that I had thought made perfect sense being reasonably picked apart. As a student myself, I would have championed continuous assessment of JC students by their teachers. However, Saoirse highlights the unavoidable personal dimension that is likely to come into play, especially in smaller, more tightly-knit rural communities, where teachers and students are apt to be acquainted through family and  friendship.

In her blog, Saoirse argues that a nation such as Ireland, with its small population, would have great difficulty introducing a non-biased system of teacher-student marking, and cites as an example 400 secondary schools in an area outside Dublin where “everyone is linked”.

“You have a lot of areas in Ireland with communities where everyone knows everyone else.

“That’s my main argument about the pressure on a teacher in a rural community.”

Saoirse’s solution is to appoint designated markers in every department in every school.

“I think a very good solution would be to have designated markers in every school. Every school and every department could have a designated marker who is trained even further than the classroom teacher. They would be paid extra to mark all the coursework and the pupils’ coursework would be identified by a number. I think this would make it fairer and would help ensure that teachers are not put under extra pressure”.

Another concern for Saoirse relates to the challenges for new teachers entering a system previously unknown to them. It’s a tough role, she says.

“When they get into the class it’s very hard for a new teacher to take on the challenges and be able to mark a piece of course work. I don’t know how people can expect them to just walk in and be able to mark under the new reforms. They haven’t grown up in this system so it’s going to be very new to them… there definitely should be more training… “

As she frequently acknowledges, there’s no yes or no answer to the reform issues. The flaws should be resolved and the issues outlined above need to be tackled now. Ultimately it’s a middle ground, a fair compromise, that the Donegal native seeks between preserving the best aspects of our system while incorporating the positives that come with continuous assessment.

Before we end, I ask Saoirse what advice she would offer students starting out as teachers. Her reply is straightforward and clear.

“Don’t do it for the holidays and be in it to help students. It’s not something I would call a job, I think it’s a vocation”.

This post was written by Ken Glennon, MA student of Journalist at NUI Galway, on placement with Education Matters