A THREE-DAY SEMINAR to showcase the growing participation of women scientists in scientific research was conducted recently by the Science Department of the French embassy and the Indian Institute of Science, Bengaluru.

The research was funded by CEFIPRA, the Indo-French Centre for the promotion of advanced research, with the support of the Indian Academy Panel for Women in Science.

CEFIPRA (Centre Franco-Indien pour la Promotion de la Recherche Avancée) is a collaboration supported by the Department of Science and Technology, Govt. of India and the Ministry of Foreign Affairs, Govt. of France.  The Centre selects joint projects and provides them with financial grants and helps Indian and French scientists to travel and work in the two countries. CEFIPRA works along with the attachés scientifiques at the different centres of the French embassy in Indian cities, to administer and continue a co-operation programme that has been operating since the 1950s. 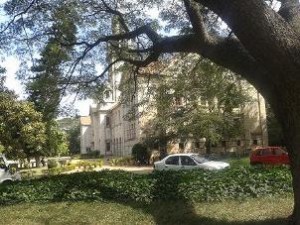 The Indian Institute of Science, a 106 year-old research establishment.

The Indian Institute of Science, earlier known as the Tata Institute, is a premier, 106 year-old research establishment, which started work in 1911 and had Sir CV Raman as its first Indian Director.

The objective of the 3-day seminar was to highlight the scientific contribution and achievements of women in collaborative research projects. The seminar included plenary sessions addressed by woman researchers from both the countries (France and India), scientific presentations by women researchers from joint research projects, and a poster session by young researchers. The presentations pertained to the life sciences, including stem cell science, physics and cosmology,  nano materials and material science, and mathematics.

This apart, there was a panel discussion on the issues that arise in international collaboration and also means of promoting the extent and quality, and the recognition, of the work of woman researchers in the sciences.

Unlike a usual conference of specialists in a field, the participants at this seminar were from different subject areas.  The presentations hence could not use specialist jargon, nor assume that the audience knew the background or context of research being described.  All presenters therefore had to explain their work at a basic level, often prefaced by a primer of the fundamentals of the field. This was rewarding for the audience and, as some presenters said, educative for the presenter too.  A few of the presentations made are described below. 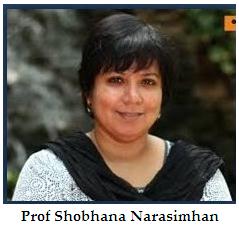 Much of modern technology had been discovered through the process of trial and error, said Shobhana Narasimhan from the Jawaharlal Nehru Centre for Advanced Scientific Research, Bengaluru.

The Bosch process for the manufacture of fertilizer, for instance, is economical because it uses iron as an agent to speed up the reaction. But iron, as the correct trace element to use, was isolated after trying out four thousand other materials!  An alternative that is now available is to study different materials based on drawing-board analysis of the crystal structure of materials and to use computers, in the place of actual experiments, she said.

The method uses the atomic structure and atomic mass of individual elements and carries out calculations of how they would behave when they form materials. The methods of quantum mechanics are relevant at the atom-size scale involved and numerical methods – which are very good approximations arrived at by computers – are used to get answers out of complex equations. The calculations consider the relative dimensions of the atoms and the electric charges and look for structures whose energy is the least, to make for stability. Changes are then in the elements being used, or other conditions, to seek structures with specific properties.

A computational method called density function theory has proved fruitful in the quest, Shobhana said. Gold, which was generally an ‘inert’ element, was proving to be useful, when used as a nano-particle, to facilitiate other reactions, she said.  The use of density functional theory had helped create layers of gold atoms, just one atom thick. In one example, iron and gold atoms, which normally do not form an alloy, formed a two-dimensional ‘raft’ when laid on a base of the metal, ruthenium. In another example, the nature of gold nano-particles deposited on a base of an oxide could be modified by adding trace impurities to the base, so that the charges affecting the gold layer were changed. Such treatment then led to improving the capacity of gold particles to speed up other reactions.

Chanda Jog outlined the interplay of stars, interstellar dust and dark matter, which we can make out from the observed profile and dynamics of galaxies. While stars and galaxies are mapped essentially through observation with telescopes, optical, X Ray or radio, their movement is detected by the shift of the known emission or absorption lines in the spectrum of the light that comes from the distant bodies.

Professor Jog explained that when observing the rotation of galaxies, a peculiar feature was that the outer extremes went round at the same rate as the interior parts. This is unlike other systems, like the Solar System, where the distant planets like Pluto move much slower than the inner planets like Mercury, Venus or the earth. This feature gets explained if we take it that there is other, unseen matter, which has mass, and thus creates gravity, in the form of a halo around the galaxy, and this is what is known as Dark Matter. 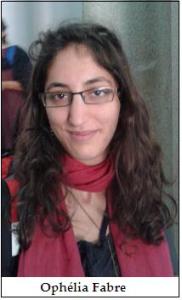 The work that she was doing, Ophélia explained, was to find models that agreed with the observation that there were plumes of magnetic fields within and between galaxies, which extended, without breaking up, to distances that compared with the extent of the galaxies, of the order of millions of parasecs.

Ophelia’s team considered an early part of the history of the universe, where space was filled with photons, electrons and protons, all in motion, but no atoms, as yet. As the electrons were much lighter than protons, it is the electrons that would mainly constitute any electric currents. How freely such a current would flow was estimated, considering the effect of photons bouncing off the electrons and also the electric forces between electrons and protons, and it was found that the effect of the photons should dominate, to create a magnetic field that is in keeping with what is seen. The successful model had to account for both the strength as well as the extent of the magnetic field, Ophélia said.

Prof Shyamala Mani of the Indian Institute of Science described research into the mechanism by which malnutrition of pregnant mothers affects the brain development in the fetus.  In controlled experiments conducted 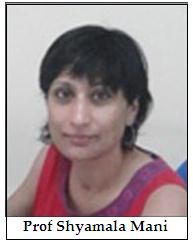 on a mouse model, the effect of iron deficiency in the mother’s diet on the development of the fetus’ hippocampus, a part of the brain that controls spatial memory – which is vital for learning and survival – was studied. It was found that iron deficiency leads to heightened stress response and high levels of the steroid, corticosterone, which also affects the rate of cell division. A function of the hippocampus  is to slow down stress response, but less neurons in the hippocampus, thanks to high steroid levels, again failed to keep the steroid level down!

Mouse studies, using the radial arm maze, where learning ability is assayed, showed that pups of iron deprived mothers had low learning ability, due to loss of working memory. As there is high pre-natal malnutrition in India, the study shows that taking remedial  measures would have wide and long lasting returns in terms of health and ability of the growing population.

NOTE: The UNESCO Institute for statistics says that women’s enrolment in research in India and France, of about 30% in 2010, is not better than the world average. CEFIPRA funds joint Indo-French research projects.  About 28% of these projects had a woman as the principal investigator, during 1999-2012.