Voice For Teachers has spoken – but who is listening?

The Facebook group ‘Voice For Teachers’ has existed for a relatively short time, yet has a following of over 47,000 and counting. 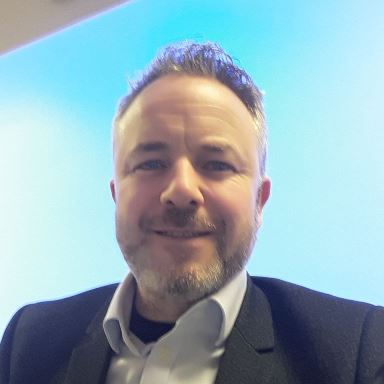 The Facebook group ‘Voice For Teachers’ has become a sort of unofficial sounding board and useful point of contact for teachers looking for professional and employment advice, from pre-school right through to Further Education at home and beyond. It is a good example of how online groups and forums serve a genuine public good, in the best interests of the particular sector.

A recent survey by the group, concerning the reopening of schools this August, attracted over 6000 responses from teachers over the course of a few days. And without extrapolating too many conclusions, it would be fair to say that fear and uncertainty flow right through the entire summary. This gathering fear and uncertainty is perhaps fed by the wobbles that can occur when new governments and new ministers are installed in a time of crisis. Ms Foley certainly has her work cut out, like so many of her cabinet colleagues, especially if she decides not to follow Dail protocol (we should always forgive a mistake).

Some notable statistics are that 83.4% of respondents are fearful for their own health on returning to work; 93% say that preparations thus far have not been good enough, and 97% fear that funding will not be adequate to cover the inevitable absenteeism that will occur. And there is more where this came from.

But who is listening?

Who actually cares about this? Was it reported by any mainstream outlet? It’s only a Facebook page, isn’t it? Does it get mentioned anywhere in opinion pieces? And more importantly: what about the poor students? Isn’t education all about the kids anyway?

Contrast this with the profile enjoyed by an equivalent student group and their contribution to the education debate. In the first week in May, an online, anonymous survey by the Irish Second-Level Students’ Union (ISSU) was conducted in order to ascertain the views of 6th Year students concerning the proposed Leaving Cert examinations in July. The survey was conducted over 4 days, between 1st and 5th May 2020, Results indicated that the clear majority of students (79%) were in favour of cancellation of the Leaving Cert, despite any substantive qualitative analysis. Almost 24,000 students participated in the survey and represented a significant shift towards cancellation in comparison to the previous ISSU survey, conducted between March 26th and 1st April, when just 49% of students chose cancellation as a first preference.

And what happened then? As sure as Jill followed Jack down the hill, Minister McHugh took this all on board and officially cancelled the Leaving Cert very shortly afterwards – on a Friday afternoon, as had become a type of unofficial Government Policy up to then.

Of course the whole issue of state exams, school closures and re-openings is more nuanced than this, given the variety of school settings and contexts involved at a nationwide level. While the state exams obstacle has largely been cleared, there are so many other uncertainties that still remain and need to be cleared up in a relatively short space of time.

What interests me in all of this is the significance of the Student Voice in the management of public policy at this time, particularly when shown alongside the collective voice of the teaching profession. It is quite extraordinary how powerful the ‘student union’ lobby has become and how it has been enabled and facilitated by many mainstream media outlets during the pandemic. The de-facto weakening of the professional union voice – teachers seem to engage on Facebook more so than at Union Meetings – has enabled a landscape where it is the students who appear to have the main ear of Government and more importantly, the influential mainstream media outlets that are only too delighted to castigate the teacher unions when necessary. Some of the best of the castigators have not darkened a classroom for decades of course.

So what is going to happen?

Currently, I fear that too much of this will be left to ‘local arrangements’ which sounds like another disaster waiting to happen. Just like the fiasco of the junior cert cancellation, all it will take is one strong-minded school Principal, with a Twitter following and a reporter on hand from RTE, to take it upon themselves to gallop out through the gap and ignore a poorly constructed Government response in deference to the ‘student voice,’ and school re-openings will be another fine mess for another fine minister. I really hope that this does not happen. A national strategy for school re-opening, to happen in just over 4 weeks, needs to be agreed, published, and clarified in the next 7 days at the most. Everybody involved – the teachers, managers, students, parents, journalists – are demanding this clarity. Hopefully, we don’t get it on the afternoon of the last Friday in July. But the Dail is going on recess next week apparently. If I was a betting man….

Who Is Running The Show?

It is absolutely vital to consider the student voice in the provision of any proper education system. I don’t for a minute advocate the silencing of students and the dismissal of their concerns. Far from it indeed. I am mindful that our primary role as teachers, and school leaders, is in the maintenance of good relationships and the provision of safe and challenging spaces in which to grow and learn. However, when it comes to major issues around managing schools, providing for state exam or certification, and overcoming public health concerns of a global nature, I am yet to be convinced that the students are most qualified to be calling the shots. In fact, I would love if the teacher voice could be articulated more distinctly and in a more unified way, amid all the clamouring that abounds right now. We live in hope.