Tutoring in Philosophy: where have all the critical thinkers gone? 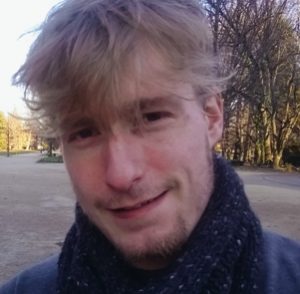 Five minutes to go and the silence was deafening. Everyone was looking at their desk, each other, or their phone. It was a ridiculous situation, almost absurd.

It was the last tutorial of the year and not a single student had a single question about the subject I had taught them, about the course, about anything. They were past caring, and it had gotten to the point where I think I was too. This was the lowest moment I had reached to date as a class tutor.

One of the most rewarding opportunities offered to me as a PhD student in philosophy was the chance to tutor first year college students. Tutorials had from 5-15 undergraduates, and it was the doctoral student’s job as tutor to discuss with them the material they were being taught in lectures.

A good tutorial engages students, generates debate and discussion, and sparks critical thought. The best kind of tutorial is a forum in which the tutor is simply a facilitator for the students, who do most of the talking.

My good experiences as a tutor were characterised by having a group that was interested in philosophy. It was always incredibly rewarding to have students who engaged with each other on philosophical topics. The number of students who continue philosophy past first year is always comparatively low, so it was especially gratifying to see an active contributor go on to pursue philosophy further.

I can identify a pattern with my bad experiences as well. The most frustrating problem I faced as a tutor was having a group where there was little or no discussion or input from the students. I cannot over-emphasize the sheer frustration and demoralization inspired by this kind of non-responsive group.

Unresponsive classes are unfortunately a common occurrence at universities in Ireland. It is understandable in large lecture theatres that not many people may want to talk, and indeed the lecturer has an hour’s worth of material to convey. While it may be unfortunate that a class doesn’t engage in such a scenario, it is by no means unexpected.

In contrast, the very basis of a tutorial is predicated on discussion and engagement. Tutors aren’t there to repeat what was said in the lecture. A tutorial with no discussion, then, is a complete waste of time in the same way a lecture with no course content would be.

What causes a tutorial group to not engage in discussion? Sometimes it is the result of obstacles that could have been avoided, such as a bad atmosphere. And while it’s important in all subjects that the tutor sets the right tone, in philosophy it is essential.

Philosophy is about argumentation and the discussion of deeply important values and beliefs. In arguments, however, people can and do take things personally. A tutor who establishes the wrong tone can be interpreted as denigrating the ideas or beliefs of a student when all the tutor may be trying to do is present opposing arguments for consideration, or opening the field to debate. Students are more likely to keep their opinions to themselves if they think those opinions are going to be demeaned. This is a difficult line to toe for a tutor because the point of philosophy is to try and get students to open their minds to different and contesting beliefs and values.

Such obstacles can usually be avoided by setting some basic ground rules around discussion, making sure everyone’s on the same page. But an obstacle that cannot be pre-empted by a tutor is a group of people who can’t or won’t engage with the subject. This is something that shouldn’t happen in third-level education, and yet it is all too common.

Since there is little emphasis on critical thinking in secondary schools, philosophy can be a gamble as a first-year subject. For some students this gamble pays off well: they are rewarded with broader, richer perspectives on many of life’s bigger issues. But for many others, the bet fails as they realize (or just as often fail to realize) what is required of them to study philosophy – the ability to think critically.

My Italian and French colleagues in the PhD had learned philosophy, and hence critical thinking, from secondary school onwards. They were steeped since adolescence in intellectual and pedagogical traditions that make clear the value of culture and learning. American students pay an average of $100,000 for an undergraduate degree and this hefty sum encourages them to make the most of their education. The American education system also relies heavily on continuous assessment through high school, requiring student engagement all the way through to extracurricular levels. These backgrounds prepare students for meaningful engagement with teachers and course material at university level.

In contrast, my all-too-common experience with Irish students fresh from secondary education is that often they don’t fully appreciate the demands of academic study at degree level. As a first-year student myself, I well recall lecturers in history having to specify to students that it was not appropriate to use secondary-level textbooks for academic essays.

This incident reflects the problems with the secondary-level Irish education system, and how students are conditioned within that system to approach education in an almost entirely passive way. Spending about five years as receptacles for information that has to be regurgitated in final exams shapes a student’s mind in a way that is completely anathema to the sort of critical, engaging mind required not just for an arts and humanities degree, but for a mature, confident and independent intellect.

Students can avoid the demands of academic study in lectures where lack of participation goes unnoticed. Likewise, final year exams and essays will coast students by on a begrudging pass mark. It is in tutorials that an inability to think critically and engage at an academic level becomes apparent. This inability is particularly manifest in philosophy tutorials.

Often, students in philosophy do not contribute to tutorials. Some are just not interested, but there are many also who are not prepared to engage. These are the students who express frustration that the lecturer did not give them “proper answers” to the philosophical problems posed. They are the ones who don’t have opinions on a topic because they don’t see how they can argue over it in the first place. There are students in tutorials who will say of philosophy that they don’t see the point of it.

Take any other comparable subject – English literature for example. A student of English may not be interested but he/ she won’t say “I don’t see the point of it”. Generally, the student will have some understanding and appreciation of the subject.

Missing the point of philosophy

Many students don’t see the point of philosophy, of philosophizing, because they are not conditioned to think critically, and critical thinking is the basis of philosophy.

The consequence of this can be disastrous in a philosophy tutorial. At every step, tutors have to coax opinions out of students. Some groups never reach the stage of discussion and debate because the topics are incomprehensible to them. They don’t meet a question like “could robots think” with scepticism or consideration, they meet it with incomprehension. No matter how much one explains theories for and against, they will not connect. Their faces show they feel they are being hoodwinked by language and that a clear and obvious reality is being obfuscated by words.

There will always be students who feel this way about philosophy, but there shouldn’t be seminar rooms full of them.