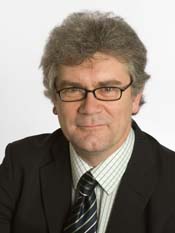 Q. Of the two education models currently driving debate among educationalists – the summative and the formative models – which do you favour?

Formative processes are much more focused on seeking to build teacher capacity, allowing students to evaluate their own learning and progress, and giving feedback and advice on how to improve during the course of learning. Additionally the formative learning process can seek to involve parents in a much more consultative and participative way in terms of framing education policy and practise.

My sense is that most of the world’s educational academics believe that the model which involves lots of standardised testing (the summative model) is the least effective.

The approach taken in Finland and Ontario is much more strategic. It involves parents, young people and communities, and it focuses most of its attention on teachers because the evidence suggests that the key factor in trying to improve education systems is the quality of the teachers and the level of support provided for them.

Q. Do you agree with the consensus of opinion among second level teachers in the Republic that correcting their own students’ exams would jeopardise the student/teacher relationship?

A. I find that quite surprising to be honest. It speaks to me of a fear of a lack of trust between parents, families, children and teachers. I find it a bit bizarre. If it’s in relation to high stakes testing, I can maybe see an issue there but if there’s trust between families and schools then the teachers shouldn’t just be telling people what they want to hear. If trust exists, then with regard to the information schools are providing, where it can be positive and good it should be positive and good. Likewise when it’s identifying problems, it should be providing that too. So if there was a much more trusting relationship between parents and teachers I don’t think these issues would exist.

I think the problem is more to do with the use of high stakes testing. If a particular test at a relatively early age in the system has dramatic consequences for the opportunities that are going to be available to a young person afterwards, then that’s the issue rather than who is marking it or anything else. The question is whether or not it is appropriate to have that type of high stakes testing early in the system.

We [in Northern Ireland] have a high stakes test at age eleven with the selective system at the end of primary school. There are huge pressures on teachers around that, it is a hugely controversial issue, and I think the international evidence is fairly clear that it leads to a significant level of inequality in educational outcomes. If you have high stakes tests which have very important consequences for young people in terms of what happens next, and these tests occur early in the system, then that does cause some significant problems.

Q. Is the fear well founded that Junior Cycle reform will impact on the high stakes Leaving Cert?

A. We have an issue with A Levels here, which are very narrow and have a huge impact on college entrance, the same as the Leaving Cert. The Leaving Cert has the advantage of being a broader examination which is good and much more in keeping with European practice.

The Leaving Cert has enormous consequences because of the role that points play in gaining entry to University and this imbues the examination with a really problematic level of intensity. But the real issue here is the pressure arising from the range of post-school alternatives available to people and the extent to which those alternatives are deemed to be of variable quality or status. This in fact is the problem, I think, rather than the relationship between teachers and students.

Testing, as we mentioned earlier can take two forms: summative and formative. The latter works best because it doesn’t close off opportunities to youngsters but actually opens up levels of support for them. Summative testing is problematic because it closes off opportunities, and the earlier this happens the worse it is.

If in the case of the Junior Cert, students lose the opportunity to take a certain level of subject for Leaving Cert, then that is obviously starting to have consequences at a relatively early age. So rather than simply being a guide to what needs to be done to support young people as they move forward – which is the goal during the formative model – the Junior Cert can begin to restrict students in a problematic way.

Q. What do think of the notion that the pressure around the Leaving Cert is good because it encourages a robust work ethic in students that will stand to them in their lives?

A. That sounds a very Victorian notion to me. I’ve heard the same thing said about the eleven plus here – an exam that puts enormous pressure on kids at the end of primary school. I’ve heard people say that “this is a tough thing to go through and not everyone wins and some people are very upset but that’s what life is like and it’s useful to get that lesson early on so you know what the rest of your life is going to be like”. I think that’s a terrible way to be thinking about the purpose of education.

Education should be exciting and interesting and engaging. It shouldn’t be about grinding people down simply to prepare them for a life of being ground down.

The Leaving Cert has become a chase after points rather than an educational process. It loses sight of the point of education, which is to give young people the range of attributes that will allow them to be fulfilled and active citizens. There is no logic in the argument that it’s a good thing to put them under pressure because that’s what life is like – life shouldn’t be like that.