Portrait of a schoolboy growing up with sport

Don (not his real name) played club and school hurling from age 8-18, as well as minor hurling at county level. After his Leaving Cert he was dropped from the county team. Now 21, he chats to Ken Glennon about his sporting life in school. 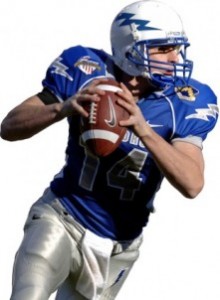 Q: When did you first start playing hurling?
A: I was playing around the house as long as I can remember. I started playing school hurling in fourth class.

Q: What got you started playing in school?
A: It was the thing everyone did, it was encouraged by people from the club and the school teachers.

Q: Why do you think it was so encouraged?
A: Looking back I imagine the clubs and schools were trying to build [talent] for their future, and also the schools were pushed to promote sport because of the perceived value of physical activity for children.  Also, there is I believe the typical Irish scenario where the GAA is one of the pillars of the community and that contributes to the push for young people to get involved.

Q: Did you feel there was an over-emphasis on playing sport?
A: No. It was all pushing but in a good way. It is probably true that GAA football and hurling were pushed more than other sports in school, at least at primary level.

Q: Why do you think the GAA sports were pushed above others?
A: Because of tradition. In small town communities – at least in mine – that’s what they valued.

Q: Was there pressure in school to get on a GAA team?
A: I wanted to do it anyway. But if you weren’t playing hurling or football, I think you were seen as a little bit odd. Out of a class of maybe fifteen lads, you would have been one of only 2-3 who weren’t playing GAA, and you were probably more at risk of being hit on.

Q: So did non-sports types get a hard time?
A: In primary I would say the extent of it was that a non-sports type could end up being the subject of a joke. Not so much harsh or downright bullying… although you never really know how much those things bother people.

Q: Would you say this behaviour was friendly jostling or was there a harsher side to it?
A: Most of the lads wouldn’t have thought it was mean-spirited but maybe the person who was the butt of the joke took it more seriously. Who knows?

Q: Moving to secondary school, you were a star player on the sports team. Did this engineer popularity?

A: Yes it did. But there were differences between secondary and primary school. Things weren’t as clear cut in secondary because there were a lot more activities that you could take part in. There were chess teams, soccer, rugby, hurling, athletics, football… And then, unlike primary, there was a part of school that didn’t care about sports. So it wasn’t as much the case in secondary that, if you weren’t playing football, you were viewed as odd. There were a lot more people in secondary and they seemed to flock together to form groups and the non-sports groups didn’t care what the footballers thought or what the hurlers or rugby players thought. Lads that were not sporty could form their own groups and do their own thing.

Q: You spoke earlier about a perceived pressure in primary school to play sport. Did that reoccur in secondary?

A: I wouldn’t say that you were pressured to play, but there was definitely a clear distinction in the minds of certain teachers and the overall school in relation to students who excelled in sport. For instance, if you were a footballer in my secondary school you had a much greater chance of winning Student of the Year at the end of year awards.

I never liked any of that. I think schools should be more about academic activities than about sport. Sport is a factor but Student of the Year shouldn’t be decided on your sporting ability. It’s supposed to be for academic and sporting achievements but it clearly wasn’t – nobody in my school ever won Student of the Year unless they were a footballer.

Q: Was there ever a sense of favouritism among teachers or the principal towards sporting types/achievers?

A: Oh yes big time. And the current principal is a big GAA figure so now I’d say it’s even worse.

Q: How did you find balancing academia with training?

A: I was playing club hurling and for a time football and there was training twice a week. That obviously took away from study and homework time.

Q: Did you ever feel that there was a culture that was lenient about neglecting study in favour of sport?

A: Oh definitely. That was very evident in the community and when playing for the county. Of course it wasn’t advocated by teachers or anyone that you abandon your school obligations in favour of sport but players were influenced by the general push to become good and play for the county.

Q: Did you experience that personally?

A: I had direction from home with my family that kept me studying – which probably did negatively impact on my sporting achievement when I went to play senior hurling. I was seen as a person who’d taken the foot off the gas for sport in order to focus on exams and I was probably hit back for that in team selection.

The year before Leaving Cert I was playing senior hurling but then I stopped during the Leaving Cert and there were periods when I wasn’t at training because I was studying coming up to the Leaving Cert. I suppose down the line it took me a while, and a good performance against a team, to get back into the starting fifteen.

Q: Did you think there was a bias against you because you opted to focus on exams over playing?

A: Well, as far as managers are concerned, if a man’s not turning up [to training] it doesn’t matter what the reason is… I do think they should give exemptions from training or from certain matches at certain times when someone has exams coming up. They should understand that it’s player welfare.

Q: What do you make of the stereotypes about the positive effects of playing sports on your performance academically, e.g. fitness aiding your concentration, regimented routines standing to you, and so on?

A: I don’t think playing hurling had any great positive effect on how I did in school. It’s good for your character because you get used to working as part of a team, and it’s good social training. That said, I found that doing more individual training like running or gym training when I was in university was more beneficial in getting the mindset right for study. I don’t think GAA is necessarily good for that… It’s a good social outlet but my experience is that it doesn’t clear your mind for study in the way that personal training does.