Tune in to a very special short film from the National Museum of Ireland – Country Life, featuring Traveller/Mincéir women speaking of their connection to their hair. 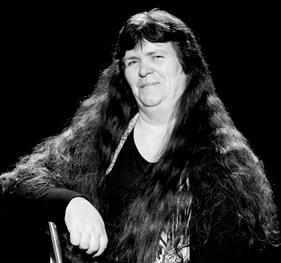 For Traveller/Mincéiri women and girls, hair is intrinsically linked to their identity, ethnicity, culture and gender.

Tune in to the video at 1 pm on Tuesday 20 October 2020 to view portraits from the Crown Beoir exhibition currently open at the National Museum of Ireland – Country Life, and to hear the Traveller/Mincéir women speak of the physical appearance of their hair, traditions around it, what it means to them, and how it is an expression of unique Traveller identity. The film was created by award-winning filmmaker Mia Mullarkey.

The exhibition and film are part of a larger fascinating arts project entitled Crown – Hair and Identity, which focuses on Traveller/Mincéiri women and girls and the subject of how hair is intrinsically linked to identity, ethnicity, culture and gender. 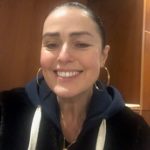 Crown – Hair and Identity was originated by Artist Breda Mayock who worked with Traveller women and girls in the Maple Youth Centre, Ballinrobe, and Mayo Traveller Support Group. She partnered with photographer Orla Sloyan to photograph the women, placing special emphasis on their hair.