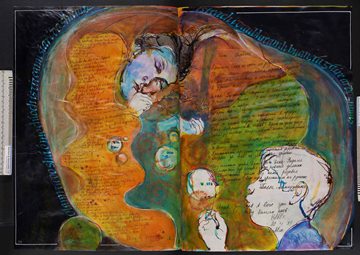 RTÉ1 will premiere a documentary on The Great Book of Ireland on Thursday 20 August at 10 pm.

This extraordinary 278-page single volume vellum manuscript contains the original work of 121 artists, 144 poets, and 9 composers. It includes poems by Seamus Heaney, and by one Michael D. Higgins, current President of Ireland, poet in his late forties.

Commissioned by University College Cork (UCC) and directed by Alan Gilsenan, The Great Book of Ireland documentary tells the story of the book and its original conception in 1989 to help fund the capital plans for two support organisations for artists and writers.

Theo Dorgan of Poetry Ireland and Gene Lambert of Clashganna Mills were the original architects of the idea and editors of the book. They invited artists, poets, and composers to contribute representations, each in their own medium, of the hopes, fears, dreams, and imaginings in the Ireland of that particular time, which would have resonance in a thousand years – as the longevity of vellum allows.

UCC acquired the book in 2012 at a cost of $1 million, all raised from philanthropic sources.

The objective was that The Great Book could be “preserved, promoted, and displayed in perpetuity on behalf of the Irish people”, UCC Chief Librarian John FitzGerald explained.

“The Great Book of Ireland is a tribute to the depth of Ireland’s art and culture and, through the documentary, we hope to illustrate the creativity, skill, and passion behind this remarkable book,” John FitzGerald said.

Plans for the Future

To display The Great Book of Ireland, UCC is developing a Treasures Gallery in its Boole Library. 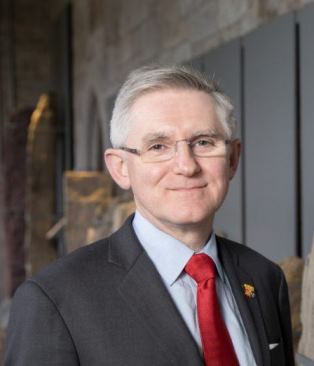 The new fully secure Treasures Gallery will provide for public display and interpretation of The Great Book of Ireland and a variety of other artefacts. These will include The Regensburg Manuscript Fragment, an ancient Irish manuscript from the 12th century, the private papers of George Boole, considered the father of the computer age, and some of the most important heritage collections relating to the Munster region.

“There is no venue in Cork to view the kinds of artefacts held and displayed at the National Museum of Ireland, National Library of Ireland, Royal Irish Academy, or Chester Beatty Library… With the necessary support we want to create a stunning attraction in this region,” John FitzGerald said.

“Our ambition is that The Great Book of Ireland becomes a visiting destination on our campus so that the public can experience the imagination and beauty of this remarkable Irish cultural treasure.”

View a trailer of The Great Book of Ireland here. 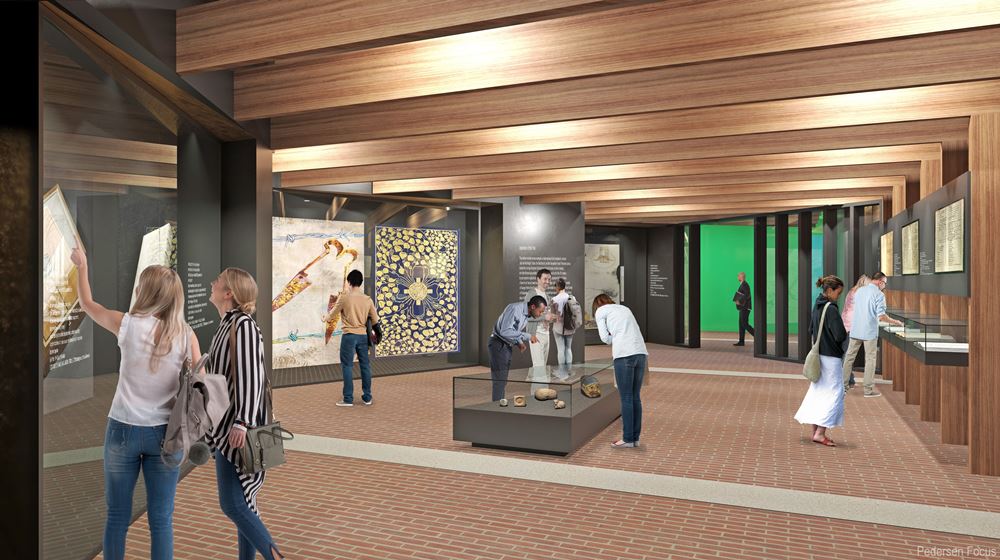 Proposed new Treasures Gallery at University College Cork which will house a variety of artefacts with The Great Book of Ireland as the centrepiece.

SOURCE: Materials provided by UCC
Note: Content may be edited for style and length.

Mary Robinson: Ireland needs to be a leader not a “laggard” on climate change