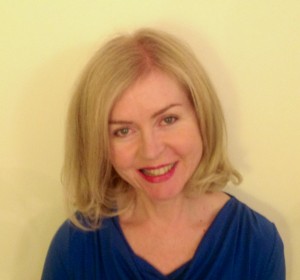 Is the media so focused on the points that it is missing the real point of education?

Every June, on the Wednesday following the bank holiday, exam fever of epidemic proportions appears to infect the media mind-set. The temperature seems to rise year on year. The acres of news coverage of the state examinations equate with those of some natural disaster or national emergency.

Such is the residual trauma of the Leaving Cert that many even middle aged people admit to still having nightmares about the dreaded terminal exam. Is it possible that news editors across the country revert to a state of arrested development at the mention of the words Leaving Cert? Or is it just heat-induced mania once the “exam weather” starts?

As a former reporter sent out to cover reactions to the English paper, more than two decades ago now, by the doyenne of education journalism, the much missed Christina Murphy when she was Education Editor at the Irish Times, this writer contacted the principals at several schools. One Principal said quite emphatically that she didn’t want journalists distracting and upsetting her students at this sensitive time. That put me in my place. Admittedly my Editor and I were a tad miffed.

Now, as a parent and educator of student journalists, I see how absolutely right that Principal was. The last thing students under pressure need is a nosey reporter asking them how they “feel” about the exam they just completed, for consumption by all and sundry. Exam post mortems are rarely helpful and less so today when whatever comment a young person makes to a reporter won’t be thrown in the bin the next day but will be part of their digital remains forever.

So, is media coverage at exam time “over-the-top” as RTE’S Morning Ireland presenter asked the Minister for Education, Mr. Ruairi Quinn, on the first day of the exams in June 2013?

“I would prefer some of that energy to cover the process of education over the full 12 months of the year rather than concentrating on a very specific part of education which is measuring what young people have learned,” was the Minister’s reply.

He added that he would prefer to see media coverage of “what they learn” and “how they learn”.

On the presenter’s suggestion of a “moratorium on examination day” similar to that on the first day of an election, the Minister expressed a diplomatic and tactful view that such questions on coverage are a matter for the media themselves, but said: “Media attention to the point where a person gets really over-anxious, very stressed cannot be helpful in anybody’s mind.”

Ireland is not the only country where exam fever is rampant. Channel 4 and the London Independent carried stories on the nine million Chinese students doing nine-hour long university entrance examinations, known as the “gao kao”. Traffic is diverted. Construction is stopped to minimize noise. Honking car horns are banned and flights are re-routed.

For many Chinese students this entrance exam is a potential exit from poverty. Critics of the system in China say the same thing that is said here about the Leaving, that it stifles creativity and independent thought.

So what should journalists be putting their resources into rather than creating hype around exam time?

Galway based New Yorker and academic, Dr Catherine La Farge, has spent 30 years working in third level education in Ireland and Britain. She believes the school system in Ireland doesn’t adequately prepare young people for third level studies and wonders if this is something education journalists might need to analyse:

“As a university teacher my experience is that the undergraduates who have come from the US and from other European countries have been better prepared for college work than Irish students,” says Dr La Farge.

“It seems that students from elsewhere understand far better what it means to think critically and to make an argument. They also respect learning for its own sake, whereas in Ireland students are pressed, at a time when they are not able for it, to say what job they want to do in later life.”

Is it issues like this that the education pages of newspapers should be examining rather that publishing pull-out sections on how to revise and maximize points in an exam that so many believe is not preparing our youth for life in the 21st century?

Media coverage of education over the years on TV, radio and in newspapers tends to be reactive rather than analytical. Journalism practice in this, as in many other areas, tends to rely heavily on official sources like teacher union representatives and other service providers. Missing is the voice to the young people directly affected by education, as service users. Many at Leaving Cert stage are 18 and already able to vote and make life choices affecting their health and sexuality. Why not their education?

Like Mr. Quinn says, we need journalists to ask more questions all year round about how the education system is serving and, just as importantly, how it is not serving the needs of young people. Education journalism should perhaps have the same resources as crime or sport. Recent debate around changes to the Junior Cert and the possibility of Irish becoming a non-obligatory subject at Leaving Cert gave few insights into the views of students themselves.

And it is not just the media. Politicians, policy makers, and educators talk about children, teens and young adults rather than with them and to them. Perhaps we all need to actively find ways of listening to the voices of youth in the conversations about their lives.

And we mustn’t shoot the messenger, who after all revealed serious errors in some of the examination papers last summer. Perhaps education professionals at all levels need to send out different messages through the media. If, as the Minister says, he wants to hear more about “what” young people are learning and “how” they are learning, does his Department also need to do more to listen to the views and voices of the service users, our young people, in developing education curriculum and policy? That in turn will give the media something new to talk and write about.

Someone who is listening to the voice of young people is Professor Pat Dolan, Director of the UNESCO Child and Family Research Centre at the National University of Ireland, Galway. He suggests that journalists should provide regular pieces, looking for example at transition year, and “focus on things young people are doing in their school to cope with bullying for instance or even how they cope with just getting to school”.

Instead of running the predictable pictures and footage every August of young people lucky enough to get six As, he suggests running a story on a young person from a challenging life situation, “who is the first person in their family to complete the Leaving Cert or is the first person to go to university”.

What we need from the media, he says, “is the voices of the kids in school”. He wants them in the education conversation. The media could, he suggests, facilitate that “voice” by letting teenagers themselves do the research on issues that affect them. As an advocate for children, he believes it is their story that should be reported in the media.

With the support of UNESCO, Professor Dolan and his team of researchers work on a range of international collaborations in relation to education programmes and policy initiatives. The focus is on knowledge creation around ‘what works’ for young people in the real world.

“You spend one third of your life in school if you are a child,” he explains, “and the social benefit is not discussed”. Class time wisely used could change the way young people behave and think now and in their future lives.

Professor Dolan is excited about the possibility of introducing the teaching of “empathy” in schools. Could this be a practical answer to dealing with “real world” issues like bullying in schools?

Youngsters have a huge capacity for cruelty and for caring. “How do we create empathy?” asks Professor Dolan somewhat rhetorically. The answer is perhaps so obvious and so simple that nobody has thought of it – never mind thought of teaching it before.

Such revolutionary ideas have the power to transform how children and young people behave and connect with society. Among other things, their success will need the oxygen of the education pages and radio and TV programmes to create an awareness and an urgency among politicians and education policy makers to grab with both hands the solutions spawned by researchers like those at the UNESCO Child and Family Research Centre.

When brought to fruition such initiatives have the potential to reach far beyond “points” for a brighter future that not only hears but headlines in the media the “voices” of our most important national treasure: our children and young people.

Bernadette O’Sullivan teaches on NUIG’s MA in Journalism which she established and directed until 2012. She is also teaching on the newly launched BA Connect with Journalism at the University. Bernadette worked as a freelance journalist under the late Christina Murphy and Ella Shanahan when they were editing the Education and Living sections of the Irish Times.