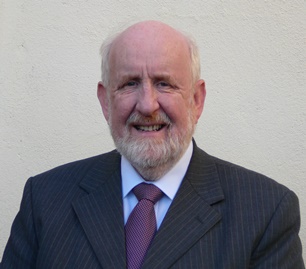 The group within our society that has suffered the most serious consequences due to COVID is our children and young people.

While the pandemic has visited tragedy and hardship on many individuals, families and sectors, I think it is reasonable to suggest that the group within our society that has suffered the most serious consequences is our children and young people.

Within that group, there are those who were already disadvantaged because of having particular educational needs and/or living in disadvantaged communities. The impact of school closures will have lasting significance for them, both in the short and the longer term.

We know from ongoing research that the educational outcomes for those attending schools in our most disadvantaged communities, which are qualified for inclusion in the DEIS scheme (Delivering Equality of Opportunity in Schools), are significantly below those of their peers elsewhere in the system.

Yes, progress on narrowing the gap has been made, but only to a limited extent and at a very slow rate. In the meantime, of course, thousands of students are going through our education system without having the opportunity to realise their full potential.

In-school provision is the better option

There is little doubt that the attainment gap between disadvantaged young people and their peers will have widened as a result of school closures. For a small number of young people, remote learning may not have impacted greatly on their progress. But the reality is that, for the vast majority, in-school educational provision is a far better option both in educational and in wellbeing terms.

Already, many scholars have produced research findings on the impact of the pandemic on students and, no doubt, there are more to come. This is, of course, valuable in providing us with more insights into our education system. To a large extent, what emerges will reflect pre-existing weaknesses and deficiencies which have been exacerbated by the need to move from in-school provision. We know that the home learning environment in many disadvantaged settings was, for various reasons, not well equipped to support students engaged in online learning.

Much attention has been focused on the digital divide and indeed this is an important factor. Yet, in many ways, it is one of the easiest to remedy. The reality is that schools will have to be provided with extra teaching and other resources including CPD in digital technology, where necessary, to help the most disadvantaged students make up for at least some of the widening attainment gap between them and their peers. Many international organisations such as UNESCO, the OECD, and the EU Commission have highlighted the need for governments to respond to this challenge.

Governments have been responding to these prompts to varying degrees. For example, the British government recently announced a package of measures costing £1.7bn. The Education Policy Institute, in a recent report, calculates that a multi-year recovery package with a budget of £10 to £15bn would be necessary to help pupils in England catch up for lost learning.

This amounts to a serious demand on the public purse although it is important to note that the institute’s estimate of the potential cost of taking no significant action is £62bn at an absolute minimum. Translating that into the Irish context, and allowing for the size differential, suggests that a budget of €1 to € 1.5bn will be necessary. Of course, this is a very crude exercise but it does give some general idea of what will be required for this jurisdiction.

The only definite proposal came from Labour Party

So far, what has transpired? In September of last year, An Taoiseach Micheál Martin acknowledged that there was a problem and that disadvantaged pupils were losing out relative to their peers as a result of school closures. More recently, An Tánaiste, Leo Varadkar, spoke about the need for an education package without being very specific.

The only definite proposal that I have seen came from the Labour Party. It proposed the allocation of €100m to a ‘catch-up fund’ to tackle the problem; inadequate in my view but a start at least and credit is due to Aodhán Ó Ríordáin and Ivana Bacik.

For the duration of the pandemic, the focus of the DES has been on the Leaving Certificate students. This was very understandable in the early stages but the tendency to overlook the needs of other groups in our education system, since then, is short-sighted.

In particular, one thinks of those at transition points such as students who started first-year last September, and those who embarked on senior cycle, as well as students at all levels who have additional needs, or those whose home learning environment was not resourced well enough to support them through the periods of online schooling.

One of the clear messages from the last year is that school principals and their colleagues can be trusted to do their very best for those in their care, irrespective of the circumstances. So, if and when a ‘catch-up’ package is announced, they are best placed to decide how to use it given the particular context. Obviously, strategies such as one-to-one or small group tutoring, team teaching, class size reduction, after-school study clubs, and measures to address student wellbeing will be considered.

Whatever money is made available, it can be best used if schools are told in the next few weeks so that principals can incorporate it in their planning, timetable and otherwise, for the academic year starting at the end of August.

The failure of successive governments to fund the DEIS programme adequately means that only limited progress has been made in tackling educational disadvantage. School closures in the last fifteen months will, no doubt, have resulted in the loss of some of the gains made in recent years.

The government needs to make clear whether, or not, it proposes to address this issue in a meaningful and serious way. It should do so quickly in order to enable the DES to advise individual schools of their allocation so that the additional resources provided can be used to best effect.