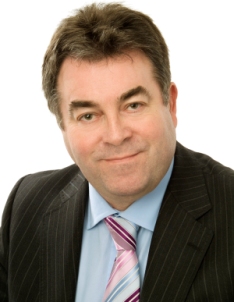 League tables, as published in Irish newspapers, feed into a mindset which regards a good teacher as one who teaches to the test. Glorifying schools where 100% of students go to third level presupposes that the purpose of our second level system is to filter students for third level.

I just don’t accept that premise and I rejoice in the success of every student who does the best they can in whichever school they attend. League tables, as published, encourage an elitist view of education and stoke artificial competition between schools.

I was disappointed that The Irish Times introduced a category of high points courses in the universities, teacher training colleges and the Royal College of Surgeons as a ranking criterion. Institutes of Technology don’t count as highly, it appears, and as well as fee paying schools we also now risk having a hierarchy of third level providers.

“The Irish school system is characterised by comparatively limited accountability mechanisms,” according to the OECD, and according to one correspondent, “the government is under increasing pressure from the influential OECD to publish official school league tables which are currently banned under the Education Act”.

You’ll forgive me for suggesting that league tables, as we know them in Ireland, are a most unreliable way of informing parents of the quality of education being delivered in schools because they don’t take context into account and they place no heed on the value-added work of caring teachers and school climates.

Despite demands for an inclusive education system, league tables feed into a mindset which demands inclusion for others but requires an exclusive system for “my” child.

NAPD will support league tables when there is equity in the system because when that happens there won’t be magnet schools and there will be little difference in the educational outcomes for each student.

Schools should provide information and answers to all questions a prospective parent may have but it should be done face to face and not through an artificial media lens which purports to be giving information to parents but which in reality is prolonging educational inequality.

So, well done to all those schools, teachers and parents who helped their students achieve to the best of their ability in a supportive and positive school climate presided over by school leaders who have a greater vision of the moral purpose of education and who are a real backbone for the nation.