A Tale of Two Economies 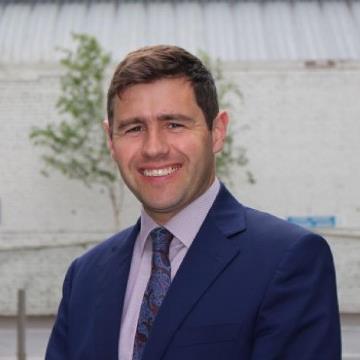 Despite experiencing a relatively strict and prolonged “lockdown” compared to other countries in Europe, the decline in economic activity in Ireland, as measured by headline GDP, was relatively benign. Research published today attempts to explain the reasons behind the diverging trends in Ireland’s economy.

The research finds that despite having one of the largest falls in household spending in Europe during the “lockdown’’, robust export growth in a small number of important sectors (computer services and pharmaceuticals) meant GDP did not decline in the first half of 2020 to the extent expected.

Across sectors, a picture of two extremely different economic experiences can be seen. While industrial value-added grew by over 10 percent in the first half of 2020, value-added in construction fell by over 40 percent, and value-added in arts, entertainment, and recreation fell by nearly 75 percent. Both of these represent the largest declines of any EU country or the UK.

This duality in performance can be explained by a concentration of Irish exports in lockdown resistant sectors: 26 percent of Ireland’s exports are computer services and a further 11 percent are medical and pharmaceutical goods. Exports in both of these areas grew year-on-year during the lockdown. Indeed, during the first half of 2020, the increases in medicinal and pharmaceutical product exports completely outweighed the declines in exports of travel, tourism, and transport activities which were hard hit by the pandemic.

“The Irish economic experience in lockdown is a tale of two economies: the domestic economy has been severely hit, with sectors such as construction, arts and recreation, and hospitality experiencing some of the largest declines across Europe. However, exports from multinationals in computer services and pharmaceuticals increased relative to 2019 leading to a much more benign impact on overall GDP.”

“While the impact on Irish economic well-being has been severe when measured by job losses in the domestic sector, our largest export activities appeared relatively immune to the lockdown restrictions.

“In some ways, this can buy us scope to continue to provide policy support to the domestic economy, knowing that the multinational sector is likely to continue to remain buoyant.”

The lockdown tale of two economies in Ireland: How big tech and pharma bucked the trend by Conor O’Toole