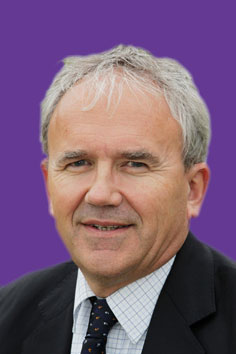 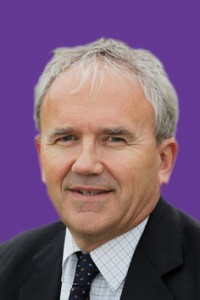 Over the coming months, politicians of all parties and none will bombard us with a range of pledges in all areas of Irish life including education.

It is significant that when the Minister currently occupying the hot seat in Marlborough Street – Jan O’Sullivan – spoke at the launch of this year’s Education Matters Yearbook, she announced the abolition of Rule 68 which gave first priority to the teaching of religion in primary schools. At the IPPN conference on 28 January, in front of hundreds of primary school principals, she announced that she had implemented this pledge.

The significance of this decision is that it is in line with her own political beliefs, it is not opposed by forces in Fine Gael, and it costs nothing to enact.

These two elements – broad political support from middle Ireland, and cost implications – will shape the decisions taken by the next Minister in Marlborough Street over the next five years, no matter what is promised by any and all political forces on our doorsteps and in manifestos over the next month.

Labour as a partner in Government and holder of the education portfolio for the past five years, may want to control the manner in which fee paying schools determine who may secure places in such schools, they may even be allowed to publish legislation to enact such restrictions, but (as I predicted last summer) any such legislation will never be enacted before the election is called because it displeases many Fine Gael supporters.

Ruairi Quinn, as a candidate in 2011, may have genuinely signed a pledge not to increase third level fees from €2000 – only to increase them by 50% over the past five years because of the financial constraints within which he had to operate as Minister for Education and Skills.

What does all this tell us about the likely outcome of all the major issues facing Irish Education today?

At pre-school level we have a pledge from the present government to double the current provision from next September. The truth is that the present infrastructure of pre-school education is still very much in its formative phase. The majority of staff currently teaching in the pre-school sector do not as yet hold the recommended qualifications to operate successfully in this highly specialised work, and are paid a fraction of the salaries of those who take up the education of these children when they enter the primary school system.

The politicians who will call to your door during the coming month realise that the funds to provide a properly resourced pre-school education system for Ireland are not there, and cannot be unless we substantially increase the proportion of government spending allocated to education – which would require an increase in income tax or a long term retention of the Universal Social Charge system. I expect that the next Minister for Education will find it very difficult to deliver what has been promised in this area.

At primary school level the key issues concerning both parents and politicians are (i) capacity and (ii) curriculum.

In many communities the surge in the number of school-going children far exceeds the current capacity of the primary school system to absorb them. This is an issue which will haunt the next Minister for Education because, whatever about pre-school provision, there is a 100% requirement to deliver a school place for all children after their fourth birthday. The cost implications of these demographics have already been factored into the budgetary calculations of the Department of Finance, as they concern the DES budget allocations for the next five years.

In the area of curricular reform within the primary sector, the place of religious education will be transformed over the next five years. In the past few weeks, we have seen an example of a school in Cork where over half the parents, when given the choice, opted to have their children attend a class in ethical formation rather than continue to participate in a Catholic faith-based programme.

Resolving this issue to the satisfaction of all, through dialogue and involvement of all the forces within Irish society with an interest in the place of religious education within the formal education system, will become one of the top priorities of the new Minister as he/she settles into the desk in Marlborough Street in a month or so.

At Post Primary level, the cost of dealing with approximately 2000 additional students every year, for the next 10-15 years, will hugely increase the cost to the State and the tax payer of funding second level education.

The most pressing issue facing the new Minister for Education will be to find some way to enable the ASTI to climb out of the hole it has dug itself into over the issue of cooperation with the new junior cycle reforms, which will be examined for the first time in English this June.

In the area of curricular reform we will see the introduction of Political Science in over forty schools on a pilot basis next September.

As a consequence of budget measures announced this year, deputy principals in second level schools with 400-500 pupils will see a reduction in their classroom teaching duties. Furthermore, the equivalent of 300 additional teaching posts are to be distributed throughout the second level schools, including FE colleges, to restore guidance counselling to its pre-2012 standing – although the DES circular letter giving effect to this decision put the allocation of all resources in schools at the discretion of Boards of Management, acting on the advice of their principals.

In the area of Further Education and Apprenticeships, the Government published “Ireland’s National Skills Strategy 2025” in the last week of January. The strategy is built on the premise of continuing to form strong links between employers and providers of education at all levels so that Ireland remains an attractive location for all potential employers. It points out that we are behind the curve in upskilling the existing labour force and prioritises this, although it doesn’t actually state how this will be done.

By far the biggest challenge facing the new Minister for Education will be the funding of third level education. Peter Cassells’ report, which has been kicked into the long grass until after the election, will be the first test of the metal of the new Minister and may in time come to define that person’s term in office.

The State has progressively shifted the burden of funding undergraduate third level education onto the shoulders of students and their parents. Consequently, the third level education system is under huge strain and many students are now having a far poorer quality experience than those who had the good fortune to go through the system in previous decades.

When you strip away all the rhetoric the choice is clear, we either follow the Anglo Saxon model of introducing fees, representing the true cost of third level education, with a loan scheme to enable students to borrow their way through college, or we follow the Continental model of providing third level education as a right to be funded through general taxation.

A number of problems arise under either scenario. Following the loan scheme model still forces the Government to come up with the original capital for at least ten to fifteen years, before graduates are in a financial position to begin repaying their loans. Many may never secure the income levels required to trigger repayments, and the State and taxpayer may be left on the hook for the money borrowed. This outcome is already becoming evident in the UK and Australia where such a scheme has been in operation for many years.

Secondly, such a loan scheme may discourage the specific young people whom we need to attract into third level education to continue the growth and development of the economy and society. This would result in both a loss to the individuals involved and to society in general.

Finally, all political parties seem oblivious of the fact that Irish students are already being actively recruited into the top universities in continental Europe, in over a thousand degree programmes taught through English, because of low birth rates across the continent. In the Netherlands students’ fees are under €2000 while third level education is entirely free to EU citizens in Denmark, the rest of Scandinavia, and almost free in Germany, Austria, and many other western European countries.

Courageous debate would be welcome

As the hustings commence, many promises will be made at doorsteps concerning educational issues from pre-school to higher education. The new Government, once formed, will have to either continue to muddle through while retaining funding and therefore taxation at current levels, or it will have to confront the electorate with the simple fact that a top quality education system that will meet the needs of all citizens throughout their lifespan requires far higher spending and therefore higher taxation.

Such an outcome, whereby education would receive a substantial increase in investment from general taxation, would be politically impossible unless it had been flagged and debated during the election campaign itself, and received the support of sufficient voters to become part of the next government’s policy platform.

We in Education Matters would welcome such a debate if politicians had the courage to initiate it.