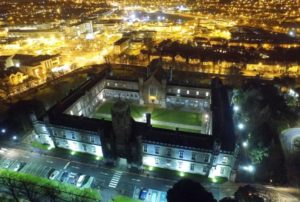 The School of Education at NUI Galway has carried out the first ever study in Ireland exploring the attitudes of applicants and entrants to primary teacher education programmes towards teaching religion, along with their religious backgrounds and religious practice.

So far, debates about the compatibility of publicly funded denominational schools with growing religious pluralism and secularism have focused on equity of access to state-run schools and freedom of religion and conscience for children and their families. Much less attention has been paid to the position of teachers in a predominantly denominational primary school system.

Much less attention has been paid to the position of teachers in a predominantly denominational primary school system.

The NUI Galway study interrupts the silence and invisibility of atheist, non-practicing Catholic, and minority faith student teachers and practicing teachers. It highlights the need to critically examine teaching and teacher education policy and practice – including access to Initial Teacher Training, the ITE curricular and pedagogical spaces, school cultures and employment legislation – from a social justice perspective that includes a religious diversity dimension. The research has been published in the European Journal of Teacher Education.

The data gathered suggests low levels of religious practice and religiosity among ITE applicants, many of whom would prefer to teach religion using a non-confessional approach. The study raises critical questions regarding the experiences, constitutional rights and professional practice of increasingly secular and/or non-practicing Catholic teacher cohorts in a predominantly Catholic primary education system that has survived the trend towards the progressive ‘unchurching’ of Europe.

Lead author of the study, Dr Manuela Heinz from the School of Education at NUI Galway, said:

“Our main data collection method is an anonymous voluntary cross-sectional online questionnaire implemented annually with applicants to all state-funded Initial Teacher Education programmes across Ireland. The diversity in the ITE study addresses the data vacuum with regard to ITE cohorts’ socio-demographic backgrounds in relation to their religious affiliations, religious practice, and attitudes towards religious education in primary schools in Ireland.”

“We noted a high non-response rate (25%) to an open-ended question probing respondents to express their feelings about teaching religion which may indicate that a significant proportion of ITE applicants were reluctant or felt uncomfortable to disclose their personal thoughts regarding the requirement for primary teachers to teach religion in the majority of primary schools in Ireland, even in an anonymous survey.

“In addition, we also noted a widespread tendency of complying with, rather than endorsing or rejecting, the teaching of religion with many respondents using language like ‘it’s no problem’, ‘part of the job’, ‘grand’, or ‘doesn’t bother me’ in their responses. It may be that enculturation into Catholic education and possibly positive experiences and memories of ‘no harm’ have led many to uncritically accept the status quo. Or, alternatively, it may be that many of those considering and/or entering the teaching profession feel that they have no choice in the matter, that they need to comply and be prepared to take on the role of religion teacher if they want to succeed, even if they are not religious themselves, do not practice or believe.”

“We noted a widespread tendency of complying with, rather than endorsing or rejecting, the teaching of religion.”

“We are hoping that this research will trigger more thinking about the characteristics and qualities we are looking for in teachers. Considering that only 58% per cent of our respondents considered themselves to be ‘a religious person’, we need to ask what about the others? What experiences await them as they pursue careers as primary teachers? In our study, the great majority of respondents indicated a clear preference towards teaching children about different faiths/world views/religions with some respondents stressing the importance of tolerance, equal treatment and/or of children making up their own minds with regard to religious beliefs.”

In light of the findings presented in this study, the authors conclude that the prospect and experience of entering a third level learning and future professional space that is permeated by a religious, predominantly Catholic ethos, will cause conflict between personal beliefs and professional requirements for many potential and actual Initial Teacher Education applicants and entrants. This situation will most likely result in some highly motivated and suitable individuals who are atheist, non-practicing Catholics or from a minority religious background deciding against a career in teaching.

This situation will most likely result in some highly motivated and suitable individuals…  deciding against a career in teaching.

Those who enter Initial Teacher Education training, despite the considerable religious barriers, may experience significant – and likely unforeseen – difficulties throughout their ITE and professional careers due to tensions between their personal and professional lives. The study suggests that it is time to ask whether it is fair, ethical or moral to put individuals who are committed to the education of our children in this difficult situation.

The study was funded by the Irish Research Council as part of the NUI Galway Diversity in Initial Teacher Education (DITE) in Ireland research project, and was led by principal investigators Dr Manuela Heinz, Dr Elaine Keane and Dr Kevin Davison from the School of Education at NUI Galway.