Striking out – a step too far? 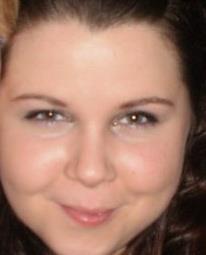 The current breakdown in communication between the Government and the public sector will affect far more than the parties involved.

The Croke Park II deal began as a smart initiative to save money in an economy that had none. Its goal was to protect public sector staff in a time of uncertainty and depression. Unfortunately, what started as a relatively civil affair between the Government and the public sector workers and trade unions has now developed into an all-out war. The allies have been called in and the troops are on the frontline. However, as is true with any war, it is the innocent citizens that will suffer the serious casualties.

Strike… It’s a word that no-one wants to hear. Regrettably, it’s also a word that, once spoken, cannot be taken back. It’s a word of desperation, the last throw of the dice. In an economic battle that has been fought for nearly three years, the underdog has now threatened the Government with strike action, causing panic among parents and students alike, so near to the crucial state exams.

Thankfully, with the ballot being held as late as May, teachers have guaranteed the student body that the exams will not be affected. While this promise is sure to settle some anxious minds, the threat of a strike is still the last thing that hormonal 18 year olds need just over a month before the exam that will secure their future. Was it, I ask myself, the children of Ireland who were on the minds of the people who issued the threat of strike action?

On the 20th of July 2011, Minister Brendan Howlin stated that no further cuts or forced redundancies would be implemented and the only people that might be affected would be newly hired staff. On the 5th of Oct 2011, he said that all bets were off if the required cuts were not already found elsewhere.

The decision to reject the Croke Park II deal was perhaps the correct one. In a game of pride and egos, it’s much easier to accept a forced wage cut that to voluntarily accept what may be an over calculation. However, what did the public sector expect to happen following their rejection of the deal – that the Government would forget about the €300m savings that still has to be achieved somehow?

The fact is that cuts have to be made. That is not to say that public sector workers should voluntarily accept them; however they must accept that these cuts will be made one way or another. It’s a harsh reality, but a reality nonetheless.

As a large body comprising middle class workers, the public service is the perfect target for cuts. Despite the year, society is still divided by a hierarchy and the public sector is smack bang in the middle.

However, no teacher, nurse or member of An Garda Siochana will tell you that he/she entered the profession for the money. Working in the public sector is not a get rich quick strategy. Members work tirelessly for their modest earnings and rightfully have the utmost pride in doing so. They are the people who educate, heal and protect us all, including the people at the ‘top’. Shouldn’t we treat them like royalty? But history tells us that, regardless of the esteem in which we hold frontline workers, they will nevertheless be the targets and they will pay the price.

Once again, the innocent Irish citizens have been neglected in a not so civil war of necessity. True, the public sector must not allow the Government to hack away at their livelihoods because cuts have to be made somewhere. But is the threat of strike a step too far?

Through all the smoke and grenades we must remember who will be the real victims and keep them in mind before any rash decisions are made.