Sean O’Driscoll is elected Chair of the ESRI Council

Sean O’Driscoll is a former Chairman and Chief Executive of the Glen Dimplex Group, a former Partner in KPMG, and is the recipient of an OBE and a Légion d’Honneur Award. 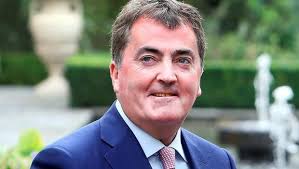 Having joined the Council of the ESRI in February 2017, Mr O’Driscoll now succeeds Padraig McManus who served as Chair from 2016 to 2020.

The Council is the overall governing body of the Economic and Social Research Institute (ESRI) and acts as its board of directors. It supports the work of the ESRI by
– setting and overseeing the Institute’s strategic objectives,
– establishing the required quality standards,
– ensuring that the independent analysis provided by the Institute remains relevant to the economic and social issues facing policymakers in Ireland.

“I am honoured to have been elected Chairman of the ESRI Council. Since its establishment 60 years ago, the ESRI has been at the forefront of delivering high quality, independent, economic, and social research on the Irish Economy.

“In these times of great challenges, the continued delivery of high-quality independent research by the ESRI will be of enormous importance in assisting with developing policies for Ireland’s economic and social recovery.”