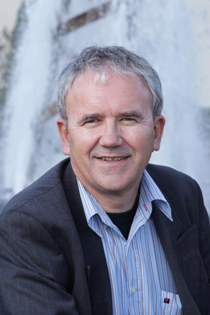 For Principals and Guidance Counsellors working in Second Level Schools or Colleges of Further Education, the past six months have been the most traumatic and unsettling of their professional lives, due to the changes to teacher allocations in schools announced in the 2011 Budget.

It was in the late 1960s that the then Minister for Education decided to authorise teachers to train in Guidance Counselling so that students might have the benefit of a service that would ensure they made the most appropriate course and career choices.  Since its inception, the provision of additional or ‘ex quota’ hours to each school has been the method used to enable teachers to take up the guidance counselling role or function. Last year’s budget abolished this separate ‘ex quota’ teacher allocation by announcing that, from the start of the 2012-13 school year, guidance provision will have to be managed by schools from within their standard teacher allocation.

It is important to understand the social structure of our schools in order to understand the position in which this Principals now find themselves. Traditionally, the positions of Principal, Deputy Principal, and Guidance Counsellor have been regarded as separate to that of the teaching function, which is the total professional activity of the vast majority of the staff.In schools of under 500 pupils, teachers have carried out the roles of Deputy Principal and Guidance Counsellor alongside classroom teachers without any particular difficulty. This is due to an  unspoken understanding within schools that the hours dedicated to non-teaching activities are not drawn from teaching hours allocated to schools, but are an additional resource provided by the Department of Education and Skills, and therefore of no concern to classroom teachers.

Consequently, up to now, neither Principal, Deputy Principal nor the Guidance Counsellor felt any particular need or responsibility to share details regarding how they carried out their non-teaching duties with the general teaching staff. In truth, all three groups were more conscious of their answerability to their Boards of Management, Trustee Bodies, CEO’s within the VEC, and inspections carried out by the DES than any need to discuss their work with classroom teachers.

Within the politics of schools, an understanding has also developed over the years that senior post holders are allowed to have a reduced classroom contact time to enable them to carry out Year Head or Disciplinary functions. Teaching staff recognise and accept that the additional class period which they end up teaching as a result of this arrangement is more than compensated for by the benefits that accrue to them in their classrooms as a result of the work of such post holders. It is a classic trade off and is an accepted part of how second level schools operate in Ireland.

Since the economic crash of 2008 and that fateful Monday night in late September, when the Government decided to guarantee the liabilities of all our financial institutions, the fallout from these events have been impacting on every aspect of life in Ireland, including life within our schools and colleges. Following our national bankruptcy and our entry into a rescue programme agreed with the Troika, our Government – and specifically our Minister for Education and Skills – has had to make major cuts in the resources provided to schools and colleges. Given the terms of the Croke Park agreement (which protects the terms and conditions of existing staff at the time the agreement was signed), the vast majority of these cuts have been targeted at the service delivery side of his budget, i.e. the number of teachers working in the classroom.

Where they have been able to go outside the terms of the Croke Park agreement, the Government has cut dramatically the terms and conditions of employment of new entrants to the public service. Newly appointed teachers now start on salaries of less than €30,000, in comparison to a starting salary of up to €40,000 in 2008. These teachers are now beginning to become a significant presence in staffrooms up and down the country, and will become part of an ever growing sense of anger and disillusionment as working conditions become progressively more difficult.

It is into this reality that Principals and Guidance Counsellors have been pitched by the decision of the Minister for Education and Skills Ruairi Quinn in December 2011’s budget to remove from schools the ex quota hours which have underpinned the service since its inception in the 1960s. This has hurled the Guidance Counselling service into the sphere of internal school negotiations, more akin to those that take place around concessions to post holders to carry out their Year Head and Disciplinary duties.

Following an intensive national campaign by and on behalf of Guidance Counsellors, the DES published a Circular letter in February 2012, setting out very strong guidelines on the nature and extent of the Guidance Counselling service which students in second level schools and colleges of Further Education would be entitled to from September 2012 onwards. This circular letter on guidance provision obliges Principals to provide “Appropriate Guidance” as laid out in Section 9(C) of the Education Act 1998. Sitting on Principals desks alongside the document from the allocations section of the DES – which spells out in stark detail the full extent of the diminution in resources that they have at their disposal in drawing up a master timetable for their school for the 2012 school year – is putting enormous strains on them personally and professionally and consequentially on the second level education system.

The full extent of this strain is spelt out in a recent survey of Principals’ intentions in response to the ongoing cutbacks, carried out by Millward Brown Lansdowne on behalf of the ASTI.

Also sitting on Principals’ desks is correspondence from NAPD, their own representative body, and from Management Bodies advising on how to make savings in timetabling to enable schools to operate effectively next year.

One of these suggestions is to change how Transition Year operates in areas such as work experience and community based activities with groups such as the elderly. Currently these activities take place outside school for a block of two or three weeks spread throughout the school year. The suggestion being put forward is that these activities would in future take place on a single day of the week throughout the entire school year.Meetings have taken place between Principals in local areas throughout the country to see if agreement can be reached between them to choose a different day in the week for each school, to enable such a plan to operate effectively.

This plan was given further momentum by the call recently by Mr. Dermot Kirwan representing “Friends of the Elderly”, for Transition Year students to become more involved in caring for the burgeoning numbers of old people, whose numbers are now growing by over 20,000 every year.

The suggestion coming from management bodies is to save a substantial number of class contact periods currently in the school’s timetable by removing the entire Transition Year group out of the school into the community for a designated day each week. Students would attend fifteen consecutive days of work experience, followed by fifteen days of community based care activities or vice versa. If neighbouring schools could agree to run this programme on different days of the week, it would allow both employers and organisations providing a care function in the community to have a permanent supply of transition year students from local schools working in the community. From a timetabling point of view in schools, it would of course make a major contribution to solving the Principals’ current dilemma, as it would remove up to nine class periods from the timetable for every Transition Year class group involved.

Of great interest to Guidance Counsellors right now is the attitude of Principals to the changed nature of how the service in second level schools is to be resourced by the DES from September 2012 onwards. Until the current school year, Principals have had a line on their allocations letter from the DES, which simply stated “Guidance and Counselling X hours”, which in most cases were duly allocated by them to the appropriately qualified Guidance Counsellor or Counsellors. Currently there is no such “X” figure on their allocations letter, simply a DES Circular Letter which obliges them to provide “Appropriate Guidance” as laid out in Section 9(C) of the Education Act 1998.

The Millward Brown Lansdowne survey asked Principals how they were going to deal with this dilemma. 30% of Principals stated that they intended to maintain the guidance service at its current level of delivery, with 70% indicating that they would have to reduce the service by an average 7.8 hours per week.

It is evident from the above findings that the overall quality of the education service provided to every child in our second level system next year depends enormously on the capacity of each Principal to come up with a plan combining all of the elements laid out above, for which they must then win consensus from their entire teaching staff. No school can operate in defiance of those who make the entire social structure function smoothly on a daily basis, i.e. their teachers. Complicating this job for Principals is the fact that the make-up of every teaching staff in Ireland has never comprised a more potentially volatile mix. Every teaching staff is now made up of four components;

Over the last six weeks of the school year, as teachers and students strive to maximise their performance in the forthcoming State examinations which in most schools creates a whole plethora of unique tensions, Principals will have to negotiate with each and every staff member on all of the changes and compromises which will be required to start back in September with a smoothly functioning school. Agreements with teachers which have worked perfectly for many years may have to be junked, putting incredible pressure on the goodwill of staff, many of whom repay in spades through their voluntary involvement in extracurricular sporting, dramatic, musical, debating and other activities, any concessions received.

As they carry out this most delicate and sensitive set of negotiations in 700+ schools up and down the country, Principals will be acutely conscious that work is well underway within the DES on the next set of cutbacks to our overall education budget (totalling €77 million in the next budget in December and €147 million the following year) that will be required to meet the terms of the IMF/ECB agreement. So, no matter how skilfully they construct a functioning master plan to run their school in the coming academic year, they will inevitably by forced to start from scratch again once the education details of budget 2012 are announced.

View all blogs by Brian Mooney