Decisions being rolled out daily by Minister

The inter regnum in policy decisions in Irish education is over as Minister Bruton rolls out decisions on a daily basis. 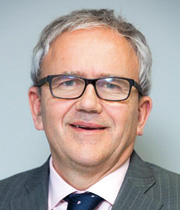 Most of these are operational and relate to the continuation of service in areas such as an increase of 860 or 7% in special Needs Assistants in primary and post primary schools, the continuation of the Springboard programme at third level offering 5,825 free places to meet the emerging skill needs of industry. All such decisions are met within the existing budget of the Department of Education and Skills and do not require Dail approval.

Given the minority Government’s position in the Dail any education legislation passed will be with the acquiescence if not the approval of at least forty opposition TD’s. Therefore the reintroduction of Bills such as the Technological Universities Act which was in its final stage when the Dail was dissolved in February will have to win cross party approval.

Given that the Teachers Union of Ireland have major reservations about investing large sums of money in creating the infrastructure of the Technological Universities at a time when resources to improve teaching and learning in the existing Institutes of Technology are in such short supply is but one example of the challenges facing Richard Bruton in getting any legislation approved by the Dail.

Even more controversial legislation regulating the admission’s policy of schools where demand for places far outstrip supply will require a considerable amount of cross party discussions until a consensus can be arrived at that will win approval in both chambers of Dail Eireann.

The Peter Cassells report on the funding of third level education in Ireland which has been widely circulated since April although yet unpublished by the DES will present the Minister with a serious problem. Over the past ten to fifteen years the State has largely withdrawn financial support from Third Level education as it struggled to meet the need to provide primary and post primary education to our rapidly growing young population.

The burden of funding the ever growing third level sector has been transferred to parents in the form of a three thousand euro registration charge. Based on their family income 47% of students are exempted from this charge, which reduced the overall income to colleges considerably.

there are only three models of funding internationally

The dilemma facing the present Government is that there are only three models of funding internationally, the student pays upfront, the State gives them a loan to pay with the hope that the money will be repaid what the students reaches a certain income level, or finally the State funds the entire cost.

The problem for the State in the case of a student loan scheme is that they have to come up with the initial capital for at least the first fifteen to twenty years, without any certainty that the student who took out the loan will reach the threshold to trigger the beginning of the repayment process, or that they will be living and paying taxes in Ireland when that day arrives. There is also the danger that students will choose to study courses without giving the appropriate consideration to those choices with borrowed money, which they regard as similar to a game of Monopoly.

Having said that, I had a conversation with J.P. Mc Manus last year in which he expressed disappointment that the Government had not taken up his offer to establish a financial entity whose sole purpose would be the funding of third level education. I fully understand that his proposal would operate on a commercial footing, but I suspect that parents would be far more careful about their sons and daughters entering into loan agreements with such a funding entity than they would be in taking up a State funded loan.

I believe that in the absence of the State deciding to fund third level education from general taxation, that facilitating individuals such as J.P. McManus, who has given tens of millions of his own money to facilitate students from low income backgrounds access third level education, would be the most cost effective way of providing the third level system with the funding they require to maintain their current very high standards of teaching and learning.

A further complicating factor in this issue of third level funding is that although Ireland sits culturally alongside the UK, USA, Australia etc., who have all moved to high third level fee regimes, we are members of the European Union, where third level education is provided free of charge in many countries, often taught exclusively through English, to which Irish students have a total entitlement to apply on the same terms and conditions as domestic students. Over the past five years we have seen a growing number of Irish students opting to study in European Universities and this trend will only intensify if the cost of attending college begins to escalate at home.

On the issue of third level funding, both Richard Bruton and the minority government of which he is a part have a major quandary on their hands – firstly, in devising a strategy to address the pressing dilemma of how Ireland pays for its third level education system and, secondly, in getting a majority of TD’s and Senators to endorse their decision.