One of the real concerns surrounding the Leaving Cert Predicted Grades process is the lack of transparency. 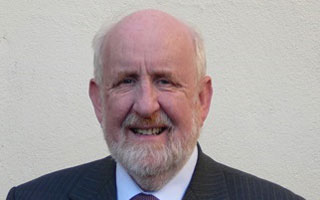 With all the concern and worry regarding the re-opening of schools, it is inevitable that some other important matters have received less attention.

However, with the Leaving Certificate predicted grades process due to produce results early next month, it is important to give that matter some consideration. (I noticed that, early on, the DES changed the terminology from predicted to calculated grades. This seems to me to be an effort to convey an unwarranted precision and objectivity to the process which cannot be achieved, so predicted is the terminology I use.)

One of the real concerns surrounding this whole matter is the lack of transparency. We know that teachers and schools submitted their considered opinions and ranked students in the various subject areas, but the Minister and the Department of Education have been noticeably silent on the process that follows.

A commitment has been given that the results will be accurate, reliable, and fair – but no explanation has been provided detailing how this will be achieved. As a further reassurance, we have been told an international group with the necessary expertise is monitoring the entire process – but they have remained totally silent, as far as I know.

Students will have to rush important decisions

We do know some things, however. We know that the problems and controversies that arose in other jurisdictions occurred when the results were compared with the teacher predictions. In our case, the results will issue on 7 September but the teacher predictions will not be released until a week after that. I have seen no credible explanation for this delay, but it certainly looks like something a spin-doctor devised. At a practical level, students will have to make their CAO decisions two days later. So, in many if not all cases, students will just have to grin and bear it even if there seems to be a glaring anomaly, and they will have to make very important decisions under pressure and in a rushed manner.

There is, of course, the option of taking the written papers in November. We know that the impact of school closures was greatest among disadvantaged pupils. The November arrangement further compounds that. If a student is unhappy with a grade(s), and if his parents can afford grinds, then a sitting in November is something to consider and, indeed, might pay off. However, for the disadvantaged student, the proposal that she or he could sit an examination after eight months away from ‘normal’ schooling, with any realistic prospect of success, is risible. It represents further discrimination against the already disadvantaged.

The pandemic has provided many individuals and organisations, including the DES, with severe and unprecedented challenges. So, whatever strategy was adopted for Leaving Cert 2020, it was never going to be ideal because an ideal one was not available. At the same time, efforts must be made to ensure that the best and most equitable strategies are in place. The last thing the current crop of Leaving Cert students needs is that any of them would feel they have been denied their chance to go to College, or to take the course of their choice, by an opaque and unfair system. Aside from the practical implications, such an experience could damage their well-being for years.

It seems to me, therefore, that some form of appeal system should be provided. Ideally, individual students should be allowed that option. If that is not feasible, we should place our trust in school leaders and teachers. If any school principal feels that the results in the case of any student are at odds with what would have been expected, or a series of results in a particular subject is anomalous, she/he should have a right to lodge an appeal.

Manifestly, such appeals should be considered by groups of people with the requisite expertise who are independent of the DES. These people should be appointed, and the scheme administered, by a separate organization – such as the Ombudsman for Children’s Office.