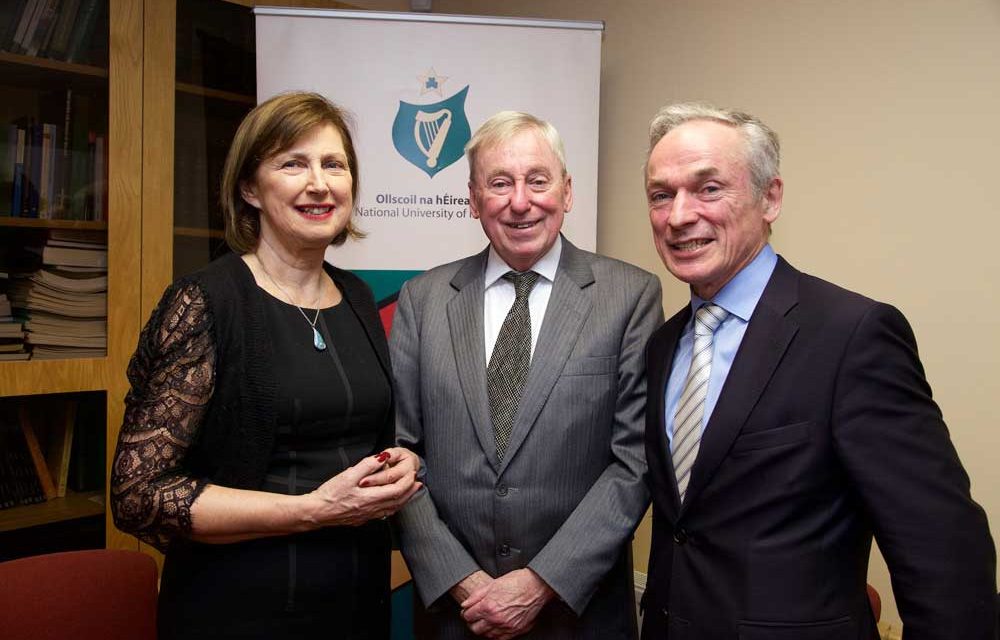 Minister for Education and Skills Richard Bruton launched the 10th edition of Education Matters Yearbook in the National University of Ireland on December 13, 2016.

Opening the launch proceedings, NUI Chancellor Dr Maurice Manning said that NUI recognises Education Matters Yearbook as “a very useful work of reference for the whole of the Irish education system” and has been happy to sponsor the initiative over the past five years.

Minister Richard Bruton highlighted a particular benefit of the annual publication in providing a chance for people “to consider the challenges that lie ahead”. Quoting George Bernard Shaw, he said: “We are made wise not by the recollection of our past, but by the responsibility for our future.”

“We are made wise not by the recollection of our past, but by the responsibility for our future.”

Referring to education in Ireland, the Minister continued:
“We can reflect on a great past, we can look around and see great achievement, but we really have to take to heart that we have to build something that can stand out as the best in Europe, and that is the way we will fulfil our many ambitions… in the very diverse parts of life that education can touch.”

Recalling the year’s commemorations of the 1916 rising, Chancellor Manning spoke of Prof John Coolahan’s article in Education Matters Yearbook on Pádraig Pearse as an educator. The Chancellor noted that Pearse’s approach to education was child-centred.

“His [Pearse’s] prospectuses for St Enda’s reflect an enlightened philosophy and humane view of education… I think Pearse would have approved of the school environment children experience in Ireland today. It’s certainly a kinder place than it would typically have been for the children of 1916. And maybe that too is part of Pearse’s enduring legacy.”

In conclusion, the Chancellor said he believed that Education Matters Yearbook would “stimulate increased engagement with Irish education, and plenty of dialogue on how its problems can be addressed and its future directions best shaped”.

Also present at the launch were Professor Brian MacCraith, President of Dublin City University, Dr Eucharia Meehan, Director of the Irish Research Council, and many other eminent educationalists, practitioners in education and well-wishers.