The Irish Second-Level Students’ Union (ISSU) conducted a second online survey to ascertain the views of students on the proposed Leaving Cert examinations in July.

The survey was conducted over 4 days, between 1st and 5th May 2020, and results indicate that the majority of students are still in favour of cancellation of the Leaving Cert exams.

Almost 24,000 final year examination students participated and almost 79% of students were in favour of cancelling the July exams. Instead, they wanted a predictive grading model to be used.

This represents a 20-point shift towards cancellation in comparison to the previous ISSU survey, conducted between March 26th and 1st April, when just 49% of students chose cancellation as a first preference. This increased to 58% once exams in June were ruled out.

Only 15% of students were in favour of the current proposal for starting exams on July 29th. The July 29th decision had been previously opposed by ISSU due to the lack of clarity around projects and practical exams, issues related to the digital divide, and a lack of welfare support for students.

The ISSU notes the concerns regarding predicted grades of this 15% of students. It is clear that the predictive grading model needs to be developed, but it must ensure fairness and equity.

Students surveyed were also asked to show how satisfied they felt on a scale of 1-10 with the 2 main options in the survey:
– An average of 3.24/10 was recorded for the continuation of the exams.
– An average of 8.02/10 was noted for the cancellation of exams and the use of a predictive grading model. 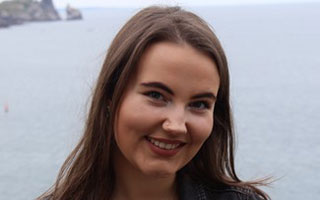 “The ISSU is continuing to advocate for and represent the interests of second-level through our involvement in the Department of Education & Skills Advisory meetings which have taken place over the past number of weeks.

“Students are a fundamental stakeholder in this process and we are engaging with other stakeholders to help to bring much-needed clarity to this unprecedented situation.

“This survey reinforces our mandate for clarification now – particularly as an increasing number of students are now in favour of cancellation and a thoughtful process established to ensure fairness and equity to all.
“Now is not the time for tradition, we need cohesive innovation amongst all stakeholders.

“This is not a political issue. We are particularly concerned about the mental health and anxiety issues brought to our attention by students in overwhelming numbers and we seek to actively engage with the Department and other stakeholders to work together in unity for more palatable clarity for all and to explore all possible contingencies for the class of 2020.”

The ISSU received over 28,000 responses, including those from teachers, parents, and students in other school years. When these were removed and all results analysed, 23,694 were deemed valid.

The ISSU continues to engage with the Department of Education & Skills and other stakeholders to find a solution that will put student welfare and equity at the heart of any final decision. The results of this survey will feed into the organisation’s input at all future meetings, and the ISSU wishes to thank all those who participated and shared the survey.

The raw data analysed in the poll can be seen below

Option 2:  Cancel all examinations and use a developed predicted/estimated grading model
Number: 18,621
Percent: 78.6%