To mark St. Patrick’s Day, the Irish Research Council released details of research projects that focus on topics relating to our culture and heritage, some of which relate to the life and legacy of St Patrick. 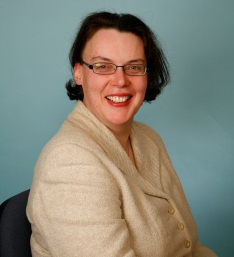 “There is a wealth of research underway in Ireland on topics relating to our culture and heritage… the range of research being undertaken will enrich our understanding of Irish culture and what it means to be Irish.”

Researchers being highlighted this week by Irish Research Council

Brian McManus, Postgraduate Scholar, Trinity College Dublin
From Kavanagh to Disney: Darby O’Gill and the Construction of Irish Identity
The fictional world of Darby O’Gill is the main focus of this research: Brian McManus is examining the role the character played in the construction of Irish identity since its creation in 1901. The research proposes to re-evaluate the reputation of Darby O’Gill as a by-word for negative racial stereotyping of Irish people, and a promoter of a sort of “Americanised inauthentic Irishness”.

Emer McHugh, Postgraduate Scholar, NUI Galway
Irishness and Shakespearean Performance: Theatre, Culture, National Identity
This research project is investigating how social, political and cultural influences – such as the Troubles, Europeanisation and globalisation – have impacted on the performance of Shakespearean plays.

Elizabeth Dawson, Postdoctoral Fellow, Royal Irish Academy
The Evolution of Patrick as a Patron Saint from the 7th to 12th Century
Through this research project, a thorough account is being constructed of the ways in which the figure of St Patrick evolved, through his associated hagiography, from the 7th to the 12th Century.

Carrie Dike, Postgraduate Scholar, University of Limerick
Engendering and Safeguarding the Social Life of Irish Traditional Singing
This research focuses on how traditional singing in Ireland is being brought into the 21st Century, and aims to answer how the Irish model for engendering and safeguarding heritage can apply to the broader world of sustaining intangible cultural heritage.

Niamh Kirk, Postgraduate Scholar, Dublin City University
Diasporic Mediations: The Influence of Cultural Identities on Irish Diasporic News Production
How is Irish heritage and culture represented by diaspora journalists? This is the question at the heart of this research project, which aims to enhance communications between Ireland and the diaspora press and better understand the role played by diaspora media in amplifying Ireland‘s voice on the global stage.

Justine Nakase, Postgraduate Scholar, NUI Galway
Hyphenating Irishness: Performing Irish Identity in an Intercultural Ireland
This research focuses on identity formation at individual and collective levels, in an increasingly intercultural Ireland. By studying the intersection of race, identity and performance in contemporary Ireland, the research is exploring what it now means to be Irish.

Shane Lordan, Postdoctoral Fellow, University College Dublin
Saint Brigit’s Cult in Ireland and Europe: A Comparative Investigation into the Adaptation, Growth and Success of Medieval Female Sanctity
This project is exploring St. Brigit’s cult and its European dimension, with the aim of providing a better understanding of women’s place in medieval Christianity.

The work of these Irish researchers is being highlighted by the Irish Research Council as part of the #LoveIrishResearch initiative, which aims to increase public awareness of the important research being conducted in higher education institutions throughout the country.