Inclusion Ireland Concerned by HIQA Report on People with Disabilities

Inclusion Ireland is concerned by the report released today (02-09-2020) by the Health Information and Quality Authority (HIQA) on people with disabilities living in congregated settings. 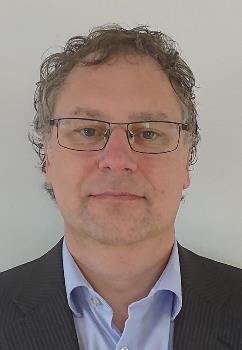 Inclusion Ireland is calling for immediate action from the Government to accelerate the de-institutionalisation of people with disabilities living in congregated settings.

HIQA found through their inspections in 2019 that many residents living in congregated settings experience a poor quality of service and life.

“This is not the first time that HIQA has released a statement or report outlining the poor quality of life that is imposed on the thousands of people with disabilities living in these congregated settings. Over the years countless HIQA reports have described the abuse, and lack of freedom and choice that persons with intellectual disability experience in residential care,” commented Enda Egan, CEO of Inclusion Ireland.

“Inclusion Ireland has campaigned for many years for the immediate closure of these types of services and for people with disabilities to be given the opportunity to live their lives in their communities,” continued Enda Egan.

“It is simply not good enough for there to be continued inaction in relation to this issue. The Time to Move on from Congregated Settings report, and the timeline of transitioning people out of congregated settings, was to be completed by 2018. Instead, the original targets for moving individuals were missed year on year and in 2020 we still have approximately 2,900 people living a poor quality of life.

“At current rates of people moving out, it will take more than fifteen years to move all current residents to community settings. A mere 132 are planned to move in 2020,” Mr Egan said.

Inclusion Ireland is calling for immediate action from Government to accelerate the de-institutionalisation of people from these settings, into homes in the community.

“The Government must make additional funding available to the Department of Housing for physical houses, and to the HSE for transition and additional ongoing costs of making the move into the community, which will enable people with intellectual disabilities to enjoy living an ordinary life in line with the UN Convention on the Rights of Persons with Disabilities,” Mr Egan concluded.

SOURCE: Materials provided by Inclusion Ireland
Note: Content may be edited for style and length.