EUREKA! Stories of Sixty Scientists who changed the World

This new book by S.Ananthanarayanan rollicks us through two millennia of key scientific breakthroughs that changed forever the way we view aspects of our world. 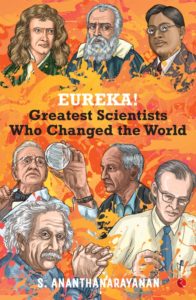 EUREKA, the new book by science writer S.Ananthanarayanan, delivers a fascinating read for high school students, or anyone who likes to reflect on how our knowledge of ourselves and of our world evolved. Using short and very readable accounts of the work of 60 of the leading lights in science down the ages, the book traces the path of our scientific legacy over two millennia.

As a boy, S.Ananthanarayanan was powerfully enthused by books that told simple stories of historic events in science.

“We do not see that kind of book much these days,” says Anantha, a science writer and columnist who speaks about current science in lay person’s language.

The 238-page book, EUREKA, races through twenty-three centuries of enquiry and discovery, which uncovered secret after secret about the ways of nature.

It traces the path of our scientific legacy – the sum total of ideas and knowledge that is ours today, the invaluable asset that has been created by humanity down the centuries starting with the ancient Greeks and arriving at the present.

The author identifies sixty scientists as the main torchbearers in the fields of mathematics, astronomy, mechanics, electricity, magnetism, the nature of materials and the atom, physiology, genetics and medicine.

The short accounts of the work of these leading lights, arranged from the earliest to the most recent to show the progression of ideas over the ages, make fascinating reading. 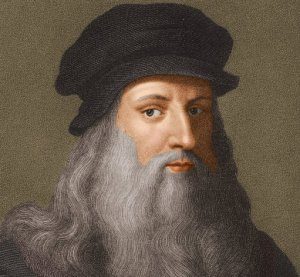 The great artist Leonardo da Vinci, born near Florence in 1452, is not known for a specific scientific discovery, but S.Ananthanarayanan has placed him in his top sixty leading lights because “the energy with which he pursued the idea that nature’s secrets were there to find through observation and experiment, and the audacity of his schemes, centuries before their time, set the course of enquiry and objectivity that has been the hallmark of Western science ever since.”

EUREKA leads the reader up the ladder of progress over two millennia, from:
understanding the cosmos,
to the microscopic world of bacteria,
to the growth of anatomy and medicine,
electricity,
Xrays and radioactivity,
genetics and evolution,
the quantum theory,
gravity and Black Holes,
DNA and genetic engineering.

The language is simple and direct and the book is a concise introduction to the basics of all of science, for high school students, or anyone who likes to appreciate how modern wonders came to be.

Referring in his Preface to the serious challenge of global warming and environmental pollution facing the human race now, the author surmises that while behavioural and lifestyle changes will be necessary, what may finally help the human race to cope is its scientific strength.

In his Afterword, the author predicts that new directions in science in the coming decades will have answers that we cannot even imagine. And isn’t that how it has been down the ages – what would be discovered next could not have been foreseen. 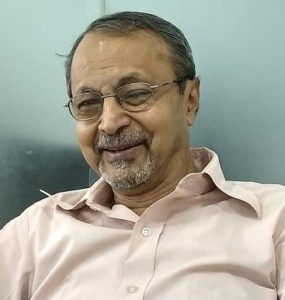 Ananthanarayanan was a student of physics who strayed into the world of newspapers, banking, and then the civil services. However, he remained committed to science and the dissemination of science, and since 2001 he has brought current developments in the sciences to lay readers through a weekly newspaper column.

In an earlier book, Icons from the World of Science, he describes to the general reader the work of ten Indian scientists.

In 2007, in recognition of his work, he received a national award for science communication from the Department of Science and Technology, Government of India.