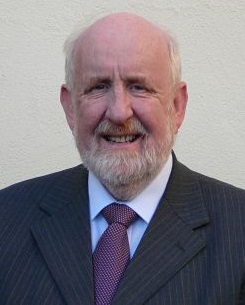 Fundamental changes are necessary to tackle our two-tier education system.

In a previous blog on this site (March 23), I examined the education manifestos of the various political parties in an effort to discern the likely policy developments in relation to tackling educational disadvantage over the next few years. Aside from the fact that as a matter of basic social justice fundamental changes are necessary to tackle our two-tier education system, the issue is particularly topical now.

The DEIS (Delivering Equality of Opportunity in Schools) was launched in 2005. It is the state’s response to educational disadvantage at primary and post-primary level. Despite a promise that it would be kept under review, the first revision did not appear for over a decade. In 2017 the second DEIS plan was implemented and the minister at the time, Richard Bruton, set a two-year limit on it. So, a new plan is due to be introduced this year.

The current plan, like its predecessor, has two notable weaknesses. Firstly, it is under-resourced and so, while improvements have been achieved in the last fifteen years, large differences in educational outcomes persist. Secondly, it is a fairly blunt instrument in that, at post-primary level, it fails to take account of the fact that there are grades of disadvantage.

While the manifestos contained some interesting ideas, there was little evidence that major reform was intended. Indeed, it could be argued that the proposals put forward by FF and FG were more progressive than those of others who describe themselves as the parties of change. For example, both of them recognised the need for a more nuanced approach to meeting the needs of DEIS schools depending on local circumstances.

On the question of resources, two parties – SF and the Social Democrats – committed to increasing funding but doing so in the context of admitting more schools into the scheme. So, evidence of a commitment to increase resources to existing DEIS schools was not clear in either case or indeed from anyone else – except the Labour party which committed to increasing capitation in DEIS schools although without being specific.

Three parties – the Green party, the Labour party, and the Social Democrats – committed to reducing the pupil-teacher ratio but in each case, the terminology was somewhat vague.

The Programme for Government

So, while major reform wasn’t envisaged, at least there were some ideas floating around when FF, FG and the Greens began negotiating. The result in relation to educational disadvantage is disappointing, to put it mildly. In an eight-page section on education, the DEIS programme is mentioned in one – yes, just one – sentence. A commitment is given to produce a ‘new identification model, ensuring the extension of DEIS status to schools that are identified as being suitable.’ So, this may or may not be an effort to recognise the grades of disadvantage issue.

There is no mention that a new DEIS plan is due this year, no recognition that existing resources are inadequate, and the need for a reduced pupil-teacher ratio in DEIS schools is ignored completely. Elsewhere the document specifies that one of the government’s goals for the education system is to increase the progress of learners at risk of disadvantage which is welcome but very vague in the absence of specific details. There is however a section where funding for programmes to engage with students from disadvantaged socio-economic backgrounds from primary school onwards is promised. This looks like a few nice and worthy schemes rather than a real effort to tackle the problem at system level.

So, is there any reason to be hopeful of a serious drive to tackle educational disadvantage? Well, there are a few tentative straws in the wind.

Firstly, there is an undertaking to establish a Citizens’ Assembly on Education. It’s only one of a number of such assemblies promised and, I’m not sure how well the model will respond to a situation where there are multiple issues to address.

Secondly, the government pledges to examine the possibility of introducing a new ground of discrimination, based on socio-economic background, to the Equal Status Act. If implemented quickly that might have a very beneficial impact on our education system.

Finally, the government has designated that the role of the junior minister in the DES is to focus on special education and inclusion.

No matter how weak the programme for government is, there is always room for human agency. Junior Minister Josepha Madigan has pledged herself to be a strong advocate of equality and inclusion. Her quick action on the summer provision issue suggests she intends to be an activist minister. If she honours her commitment, and if she gets the necessary support from Cabinet, significant improvements are possible. Time will tell.