Science writer SAnanthanarayanan explains in simple terms what COVID-19 is, how it affects the body, and how it is detected. 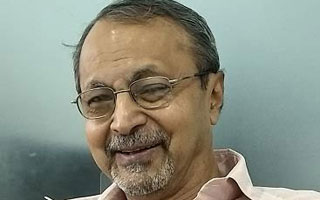 It has been said that the 21st century would be the age of molecular biology. This was in the sense that it might be natural processes that would help humanity overcome the challenges of waste disposal, energy from sunlight, and even building materials, during this century. The subject, however, has become central during the current crisis of COVID-19.

Detection, control, and the virus itself

The processes of detection and possible control of the new coronavirus have become subjects of interest and popular discussion. We have heard of RT-PCR being the test for COVID-19 and of the worldwide efforts to find methods to treat COVID-19, based on the way the virus acts and produces disease. And about the virus – that the coronavirus is an RNA virus, not really a living thing, but an object that consists mainly of something found in all living cells, a scrap of genetic information.

And how do viruses produce disease?

They do nothing by themselves – they do not block a biological process or create a biological nuisance. What they do is to enter specific kinds of living cells and then, they simply multiply. When the virus multiplies within the cell, the cell’s resources get used up. The cell is hence unable to perform its normal function. And as viral progeny increases, the cell itself is destroyed.

The next step is that the body’s immune response is activated. This may control the infection, but in many cases, as in the case of COVID-19, there may be a violent response. This would act against healthy cells too, and the result is organ failure.

Certain viruses select and act against the cells that are the very agents of the immune response. Such a virus, like HIV, causes no disease, but when immune cells are destroyed, the body is without defense against other pathogens.

While this is the way viruses work, the main feature of viruses, unlike bacteria or other parasites, is that they consist of just a bit of genetic matter which encodes the information for their own reproduction.

How heredity is transferred

Cell reproduction, and heredity, come about through the agency of the genetic template that every cell carries within its nucleus. Molecular biology can be said to have started with the discovery that thread-like structures in cells, the chromosomes, had something to do with heredity, and then that a substance in cells, called nucleic acid, later DNA, was the medium by which heredity was transferred.

The nature of DNA became clearer in stages, and its full structure was worked out in 1953, by Crick, Watson and Wilkins, with the work of Rosalind Franklin. Crick, Watson and Wilson showed that DNA was a millions-of-units-long chain molecule, and consisted of a code that contained the blueprint for all the proteins that the cells of an organism can produce, and which define the species and the individual features of living things.

The operative feature of DNA, which enables its replication during cell division, is that it consists of a pair of complementary strands, the units on one strand attached to complimentary units on the other strand. During cell division, the two strands separate and the action of polymerase enzymes helps the separate units on each strand to generate the complementary units from the environment and rebuild themselves as two full DNA molecules.

When the cell divides, each daughter cell gets one of the two DNA molecules and has a full genetic blueprint, to work like the mother cell. Now, within the cell, the DNA molecule works by taking help from transcriptase enzymes, and copies segments of itself onto structures called RNA. RNA then transfers the information in the unit copied to other parts of the cell, where proteins are generated. These RNA molecules are very much like DNA, except that they are much shorter, and single-stranded. 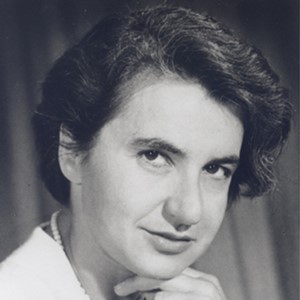 Rosalind Franklin was a gifted researcher in Cambridge, a master of X-ray crystallography, who created the first image of the DNA, in 1951, and laid the ground for its detailed structure to be worked out, in 1953. Franklin then shifted her attention to the three-dimensional structure of viruses and, two years later, she captured X-ray images of the Tobacco mosaic virus. This led to the discovery of how the virus RNA and its protein coat assembled themselves, and then the mechanism of viral action.
Rosalind Franklin was very much a part of the team that cracked DNA structure and the genetic code. But she died in 1958, before the Nobel Prize was awarded for the discovery, in 1962.

Viruses were discovered in the 19th century as agents, in addition to bacteria, that led to diseases, but were unlike bacteria, which had been understood as the entities that caused disease. The difference was that viruses were much smaller, they could pass through fine filters, and then, that they could not multiply in a culture tray, they could multiply only within living cells. Viruses were found to consist of just protein and RNA, but were too small to be seen in optical microscopes. Images were later obtained using the electron microscope and the structure became known with the X-ray work done by the British scientist, Rosalind Franklin.

The virus, unlike bacteria, has none of the apparatus of cells for producing proteins. It has only a bit of DNA or RNA, which, if injected into a living cell, would get the cell to build more viruses. The bit of RNA or DNA has a protein cover, and on the exterior is shaped in a way that helps it penetrate and enter specific living cells.

SARS-CoV2, or the virus that causes COVID-19, is an RNA virus. This means that what it contains is a single strand RNA, not DNA. When a person is infected, a low population of the virus, and the RNA, can cause disease, but the load in a sample taken from the person is too feeble for detection. The method known as RT-PCR, which is used to detected viral infection, is a way of multiplying the content in the sample to enable detection by laboratory methods.

RT-PCT proceeds in two phases – first conversion of the RNA into a form that can multiply, and then the multiplication. We have spoken earlier of the transcriptase enzymes that open out the DNA to extract portions for transfer to RNA. When viruses that contain RNA infect living cells, they need to get back into the DNA form so that the cell machinery can follow instructions to replicate the virus. This is achieved through reverse transcriptase enzymes, which act on the RNA to rebuild the segment of DNA from which it came.

For detection, what we need is a plentiful supply. Once an RNA is converted into a bit of DNA, this bit can be made to replicate and multiply with the help of polymerase enzymes, which enable DNA replication during cell division. Hence, the process is to first use reverse transcriptase, or ‘RT’, to build DNA and then cycles of warming and cooling the polymerase chain reaction, or ‘PCR’, to get the DNA to separate and double in numbers, until there is enough DNA for lab procedures to work.

The process is a little complex and time-consuming. With increasing infections, another method – looking for antibodies, which the body produces when infections enter – has been pressed in for faster, if less specific, detection.

SAnanthanarayanan was a student of physics who strayed into the world of newspapers, banking, and then the civil services. However, he remained committed to science and the dissemination of science, and since 2001 he has brought current developments in the sciences to lay readers through a weekly newspaper column. In 2007, in recognition of his work, he received a national award for science communication from the Department of Science and Technology, Government of India.