Citizens Assembly for Education could be a game-changer 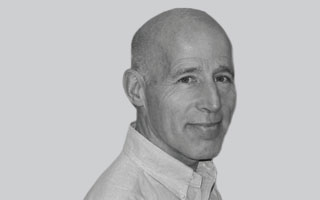 “We will establish a Citizens Assembly on the Future of Education ensuring that the voices of young people and those being educated are central.”

This one-line statement is tucked away on page 109 of the Programme for Government. It is a commitment that has transformational potential for the future of the country and young people.

In this short statement, fulfilling on a manifesto pledge, the Green Party secured what could well become one of its most significant and enduring legacies if it goes into government with Fine Gael and Fianna Fail. Both of these parties have agreed to the idea. This has the potential to be a real game-changer in education.

The idea of a Citizens’ Assembly for Education (CAFE) has been in the air for some time. It first emerged at a symposium, ‘Towards a More Creative Education System’, hosted at the Burren College of Art in September 2018. This three-day gathering was attended by students, parents, teachers, academics, policymakers,  and artists, all of whom backed calls for radical reform of education to meet the needs of 21st century Ireland.

What became apparent, both from the work of the symposium and the preceding extensive consultations, was that there was much greater consensus on the need for change than was commonly realised.

Responding to this call, the idea of a Citizens Assembly for Education was born. It was proposed by former INTO deputy general secretary Catherine Byrne who worked with Atlantic Philanthropies when it funded the precursor of such Assemblies with the successful “We the Citizens” process in 2011. Throughout 2019, the idea was developed by a diverse group from the Burren symposium which secured pledges for an assembly, or consultative forum, in a number of party manifestos.

The COVID-19 pandemic has revealed an education system that is considered by some to be severely compromised – like Humpty Dumpty. While this characterisation may be unduly simplistic, we do need to resist the natural urge to put Humpty back on the wall as quickly as possible. The Citizens Assembly (CAFE) provides a unique opportunity to explore alternative, more inclusive, models of education.

The ambition at the heart of the project, as set out in the Programme for Government, is to ask the big questions about the value and purpose of education: “We are committed to supporting the development of a shared understanding of the value of education which addresses how education can prepare people of all ages to meet new societal, environmental, technological and economic challenges which face us all.”

Framed in this way, the Assembly has the potential to address fundamental issues in education – in particular how to make the transition to a digital-age model. Critically, the process is about generating a shared understanding of what needs to happen to address contemporary realities. Without this broadly-based buy-in, fundamental change cannot happen.

The task is to ‘prepare people of all ages’ for the environmental as well as the technological and economic challenges that lie ahead. At the heart of this is the potential for education to be an instrument of social justice and life-long learning in which no one is left behind.

There are over 1.1m students in our schools and colleges and well over 100,000 teachers, special needs assistants, administrators and support staff. All have ideas about what kind of education system we need – as do all parents. Their voices are finally being heard in another project emerging from the Burren symposium, the BEACONS process – Bringing Education Alive for our Communities on a National Scale.

Under the aegis of the Teaching Council, this process is providing fora in localities around the country in which students, teachers and parents can voice the kind of education system they seek. This process can feed into the Citizens Assembly the emerging themes about
– the need for change in the culture of control,
– release from the shadow of the exam system that hangs over student life from an early age,
– greater engagement with the environment,
– greater creativity and inclusion,
– most importantly, the need for student voice and agency.

The programme for government answers this call with its explicit commitment to placing the voices of young people and those being educated at the centre of the CAFÉ process. Students will thus be key to shaping the kind of education system that will allow them to survive and thrive in a rapidly changing world.

This is an exciting moment for everyone with an interest in education – not just for students, parents, and teachers, but for everyone on the path of lifelong learning in a world in transition.

By securing the agreement of their partners to a Citizens’ Assembly for Education (CAFE), the Green Party has provided a unique opportunity for society to re-imagine education for the twenty-first century.

This may well come to be seen as one of the Green Party’s greatest achievements in government.