Abandoning the Leaving Cert exams is fundamentally flawed; it results in the essential qualities of anonymity, meritocracy, and integrity being shredded. 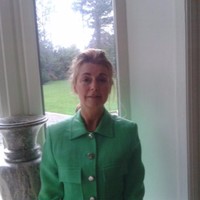 From the announcement by the Minister for Education on Friday, 8th May, it appears that the 20% cohort of students that wish to sit Leaving Certificate exams is being completely ignored; they are deemed irrelevant and invisible.

There are ambiguities, anomalies, and ramifications that need to be addressed with immediacy by Minister Joe McHugh, for the sake of clarity. Ironically, clarity was the basis for deferring the Leaving Cert exams until 29th July, before subsequently ‘postponing’ them on the 8th of May.

Why will students not receive ‘Calculated Grades’ until mid-August?

The Department of Education will expedite the requisite national guidelines as a matter of utmost urgency on 20th May. Since teachers/schools have the relevant data to hand, how can the grades not be awarded by 12th June to allow for appeals and for sitting ‘Matric’ Leaving Cert exams on 29th July?

How does ‘postponing’ the exams until an undetermined future date offer a realistic ‘opportunity’ to students? If students decide not to accept ‘the option of receiving Calculated Grades’, what is the alternative?

Abandoning the Leaving Cert exams is fundamentally flawed; it diminishes them to Junior Cert exam status and results in the essential qualities of anonymity, meritocracy, and integrity being shredded with abandon.

The Attorney General has advised that a new system of ‘Calculated Grades’ could be open to legal challenge. Further, members of Cabinet, along with the Unions, have expressed legitimate fears vis-à-vis:
– impartiality
– impact on students from disadvantaged backgrounds
– lack of transparency and evidential proof of grades in the appeals process
– written exams [in late 2020/early 2021] resulting in the deferral of college places for a year; this is neither practical nor prudent.

Given that Taoiseach Varadkar stated that the Leaving Cert exams would take place ‘by hook or by crook’, and Minister McHugh held that predicted grades were ‘inherently biased’, it is difficult to comprehend how proffering a blend of predicted grades and an option to sit up to 3 subjects in ‘Matric-style’ Leaving Cert exams to the 20% of students who wish to do exams – or indeed to any student –  is not a manageable, ethical and judicious compromise. Interestingly, we have a precedent in the Matric exams (82 years in existence until 1992), but no precedent in ‘Calculated Grades’.

Public Health guidelines and medical advice are understandable to a degree, albeit they are not ‘compelling’. In an analysis of the latest global research last week, the Health Information and Quality Authority (HIQA) found that children, and those under 25 years of age, are not Covid-19 ‘super spreaders’, as had been feared in the early stages of the pandemic. The Taoiseach also added that emerging evidence from HIQA and the World Health Organisation (WHO) suggests that reopening schools and childcare facilities over the next couple of months is ‘among the safest things’ to do.

In light of this, and in tandem with the Reopening in Phases 2, 3, and 4 (on 8th and 29th June and 20th July, respectively), the difficulties, logistics, and public health concerns dissipate significantly. How then is it not feasible and fair to facilitate fewer exams on 29th July for a vastly reduced number of students, (spread throughout the country), who have studied assiduously for their State exams?

Importance of getting it right

Let’s strive to strike optimum fairness and balance so that in the aftermath of these exams we can look back with 20/20 vision, safe in the knowledge that we endeavoured to find the most judicious and ethical outcome and compromise for the Leaving Cert students of 2020 – and perhaps beyond.

Let’s not waste a crisis to overhaul these – and perhaps future – Leaving Cert exams as per innumerable debates down through the decades.